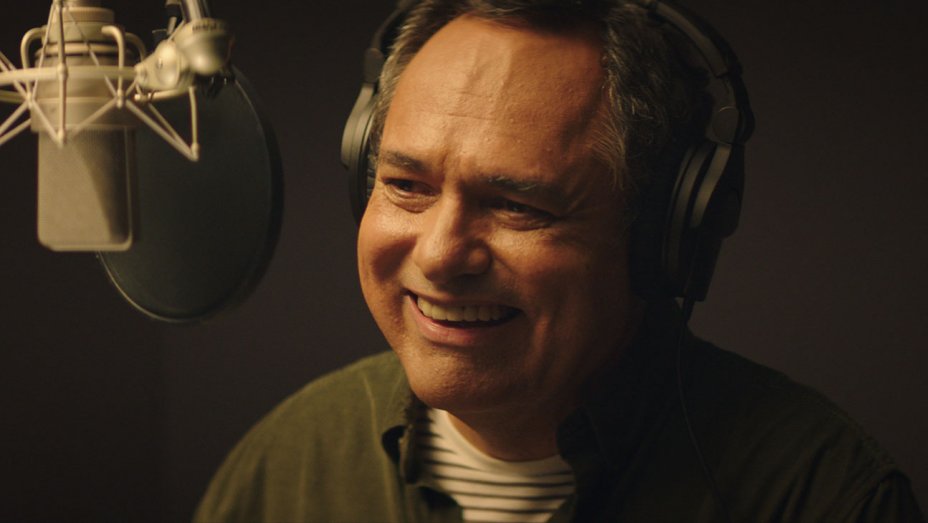 “Progress is possible for anyone,” says Hernan de Beky in the short film Remember This Voice. A Los Angeles transplant from Venezuela who believed his broken English was an insurmountable hindrance, he was ready to give up on his passion for Hollywood, but a single defining moment launched his accomplished career as a Spanish-commercial voice actor who has recorded promos for over 400 film titles and won multiple Emmy Awards.

Written and directed by Jeff Chan, the short film resulted from a partnership between The Hollywood Reporter and Principal, a global financial investment company, that asked readers to share their "defining moment" — a time in their lives that took an unexpected turn but led to a positive outcome. An industry panel selected a winning submission to become a short film, produced by The Bindery and premiering on THR.com on Aug. 8.

THR spoke with de Beky and Chan about how the voice actor nearly missed his opportunity, the key to a successful short and what advice they have for those entering Hollywood today.

Hernan, why did you choose to share your story?

Hernan de Beky: It was very strange, even comical. I started reading The Hollywood Reporter one morning, and I saw the contest. I’d been thinking about rehashing my bio in those days, so it was a fresh story in my mind. The minute I pushed the button to send it in, I totally forgot about it. Then I got an email with the word “Congratulations,” and I immediately deleted it because I thought it was a scam email. I got more emails and still couldn’t believe it, so I called The Hollywood Reporter in L.A. and asked, “Look, I got these emails from this address, and this woman is saying I won an award. Is this true or not?”

While shooting, I thought, “Somebody pinch me, this is something that happens only in movies.” It’s unreal to me and my whole family. After watching the cut, my 20-year-old son told me, "You have always been a pretty lucky guy." I said, "This is God's work, Nick. He is with me and with you and with all of us always." I am so grateful to God and to this wonderful country that this is happening to us.

Jeff, how did you translate Hernan’s story to the screen?

Jeff Chan: Hernan and I had a 90-minute conversation over the phone before I started writing the script. That helped me understand what he’d been through and a lot about his life that’s hard to express in a one-paragraph story. I heard how passionate he is about what he does and the journey he’s been on. I wanted to capture how far he’s come, from a person who seemed like he had insurmountable odds in front of him to a person who is living his dream, and how much he’s even surpassed those expectations for himself.

Hernan, how did you feel when you saw the film?

HDB: It's wonderful and strange to watch these moments onscreen, like a time-travel experience because they’re so accurately depicted by Jeff and the wonderful cast. The childhood sequence in Venezuela is my favorite: My mom became a widower when I was 5, and she was usually at work when I came home from school, and I’d watch American TV shows for hours at a time. After my mom and sister were asleep, I’d sneak out of bed and watch some more until the signal went completely off. Westerns, cop shows, comedies, variety — you name it, I watched it. And in the boy's dreamy gaze, I could see my own.

When I heard my voice on the air for the first time, it was like winning the lottery. I recall those days — I was nervous, always looking over my shoulder, not sure what I was going to do to survive without a scholarship or a real job. At that moment, I felt this joy of imagining my voice traveling through the air in the United States, like the wind: free, far and wide. At the same time, I began feeling a sense of tranquility in my life, like everything was going to be fine from that moment on. That was a magical moment to me in real life and in the film, as well. Jeff directed it perfectly, and Michael Ocampo expressed it masterfully without uttering a word.

Jeff, when making a short, what’s the key to capturing an audience quickly?

JC: A scene that, in a feature film, would be three to five minutes long might just be 15 seconds long in a short. So it’s important to find actors that understand the arc of the story and can sell the emotional beats with their facial expressions alone, so that whoever’s watching understands and can latch on quickly.

Also, find that spine of the story and figure out what device can help your story along besides just dialogue, whether it be music or voiceover or reactions or performances. Hernan’s voice is such a big part of the story, and I was able to use his voiceover to push the story along. I know some people who use voiceover as a crutch, and I totally understand that because it does make it a lot easier to write, but in terms of this short film, you hear his voice and understand that this is a real guy and we’re hearing him tell his own story. Here, it’s more than just a tool.

What advice would you give to those hoping to get started in the film industry?

JC: Collaboration and finding a team of people that you really, really love to work with. I’ve worked with a team out of New York called The Bindery and my writing partner, Andrew Rhymer, who produced this short, on pretty much everything I’ve done for the last four years. It’s important for any director or writer to find those they feel that connection with because you start to develop a shorthand that allows you to move efficiently and in the best interest of the movie. Directing isn’t a sole effort, though directors often get a lot of that credit.

HDB: It might sound cliche, but living in Los Angeles is like living in the forest and you don’t see the trees. In this city, dreams are coming true every day; the fact that you don’t look at every single one of them doesn’t take away from that. The industry — or Hollywood, as they call it — is a factory of dreams, really. With this film, the message is for people to never give up on their dreams because sometimes they do come true.

Check this out on hollywoodreporter.com