#LatinxGoldOpen Kicks off with In The Heights

For the first time, the Latinx and Asian-American Pacific Islander communities, the fastest growing communities in the U.S., are uniting like we never have before for the launch of #LatinxGoldOpen.

The #GoldOpen movement began by Gold House to ensure the success of multicultural films and has supported well-known projects, including the Academy-Award winning Parasite and hit-romantic comedy, Crazy Rich Asians. Along with other multicultural organizations, #LatinxGoldOpen initiative brings together prominent celebrities, influencers, and to guarantee the opening weekend success of Latinx-centric projects by streamlining theater buyouts and bulk ticket purchases. Beginning with Jon M. Chu's film In the Heights, based on the stage musical by the same name by Quiara Alegria Hudes and Lin-Manuel Miranda, in theaters and streaming on HBOMax on June 11th.

This partnership between NALIP and Gold House marks a milestone for the Asian-American Pacific Islander and Latinx community as they join forces to improve the representation and portrayal of our communities in media. The Latinx and Asian and Pacific Islander communities are both the fastest-growing populations in the United States while also accounting for the two most frequent movie-going groups (Pew Research, MPAA). The two communities share several endemic characteristics: 75+% grow up in bilingual households that are also the nation’s most multigenerational. Recent studies such as the 2021 UCLA Hollywood Film Diversity report found that among the top films of 2020 only 2.7% of directors, 3.2% of writers, and 5.4% of leading characters were Latinx, and 4.3% of directors, 4.3% of writers, and 5.4% of leading characters were of Asian heritage. The #LatinxGoldOpen will allow for the communities to join forces and attest to the power we have as viewers. Supporting ally communities in this mission to uplift underrepresented voices is crucial to seeing critical advancements in the media industry.

Latinx leaders are securing theaters across the country to ensure the opening weekend June 11-13th to prove projects that celebrate positive portrayals of the diverse and intersectional Latinx culture continue to be made. By standing together with our New Majority allies around the country, #LatinxGoldOpen we yield the influence to make lasting changes in this industry.


About In the Heights 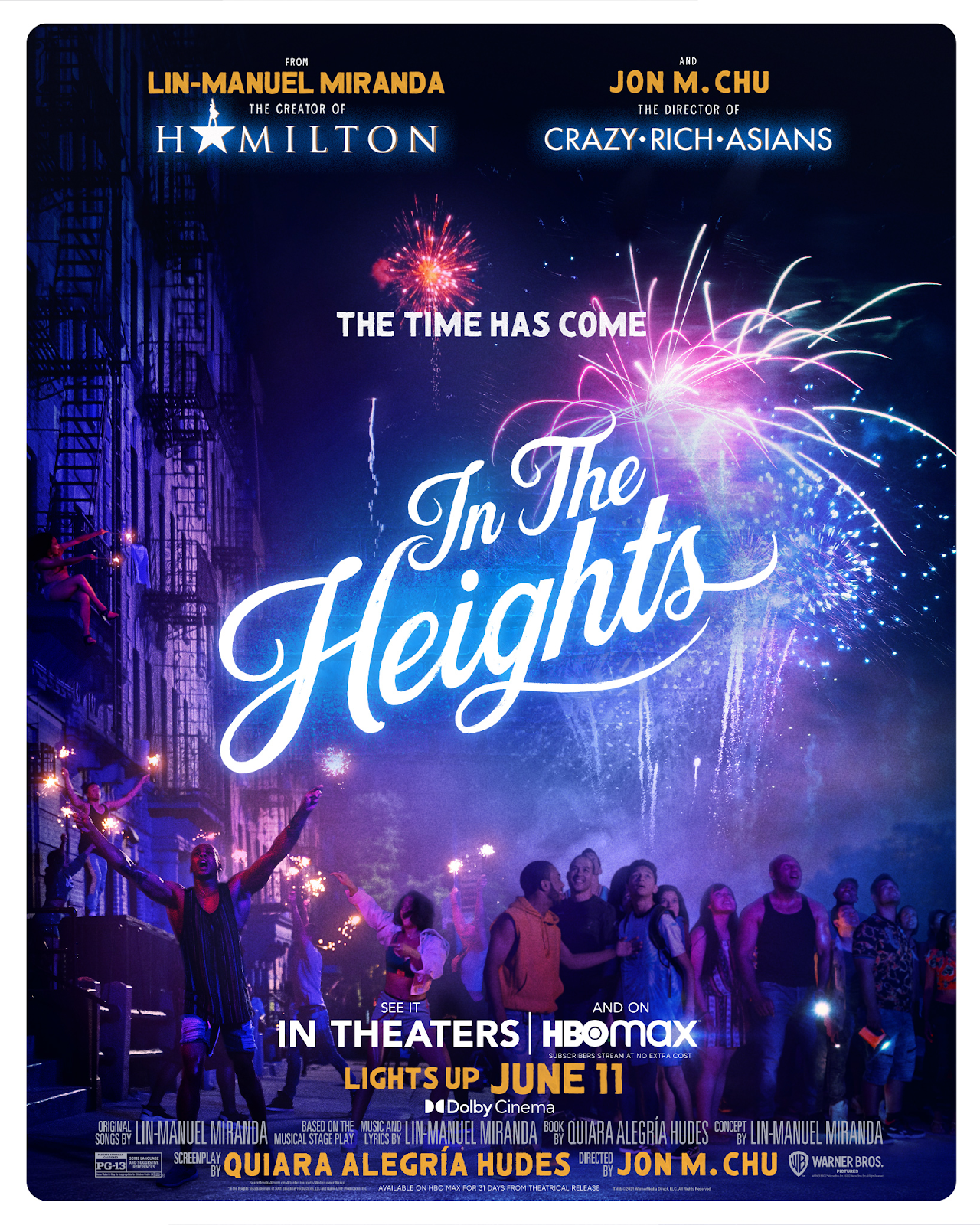 SYNOPSIS: Lights up on Washington Heights... The scent of a cafecito caliente hangs in the air just outside of the 181st Street subway stop, where a kaleidoscope of dreams rallies this vibrant and tight-knit community. At the intersection of it all is the likable, magnetic bodega owner Usnavi (Anthony Ramos), who saves every penny from his daily grind as he hopes, imagines, and sings about a better life.