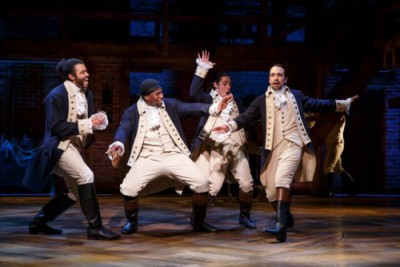 A week after Netflix announced it will film Bruce Springsteen’s hotter-than-hot one-man Broadway show for streaming in December, a similar – but big-screen – plan reportedly is in the works for Lin-Manuel Miranda’s Hamilton.

The Wall Street Journal reports today that unnamed Hollywood studios are bidding for the rights to a filmed performance of Hamilton from 2016 – when Miranda still headed the cast in the title role. The worldwide theatrical rights, WSJ reports, could sell for more than $50 million.

The WSJ cites two unnamed people with knowledge of the deal. According to the article, representatives for the production recently screened the recording for interested buyers.

Among the interested studios, according to the WSJ, are Warner Bros and Twentieth Century Fox. The potential buyers are being asked not to play or stream Hamilton until 2020 or 2021.