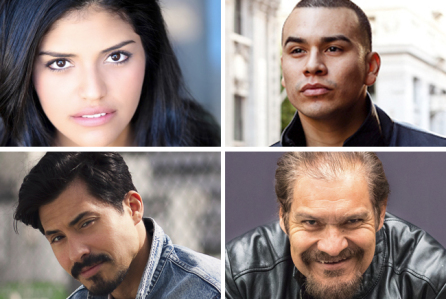 Marvin Lemus and Linda Yvette Chávez's Gentefied has found its main cast: Karrie Martin (Pretty Little Liars), JJ Soria (The Oath), Carlos Santos (2 Broke Girls), and Joaquín Cosio (The Strain) will play the leads in the adaptation of the web series that premiered at the 2017 Sundance Film Festival.

Gentefied will tell the story of three Mexican-American cousins as they navigate their lives in America, their neighborhood, and their family taco shop. The bilingual dramedy will touch on themes like class, identity, and the experience of straddling the line between two cultures.

Executive produced by Macro's Charles D. King, Kim Roth, and America Ferrera, the series will be released on Netflix.