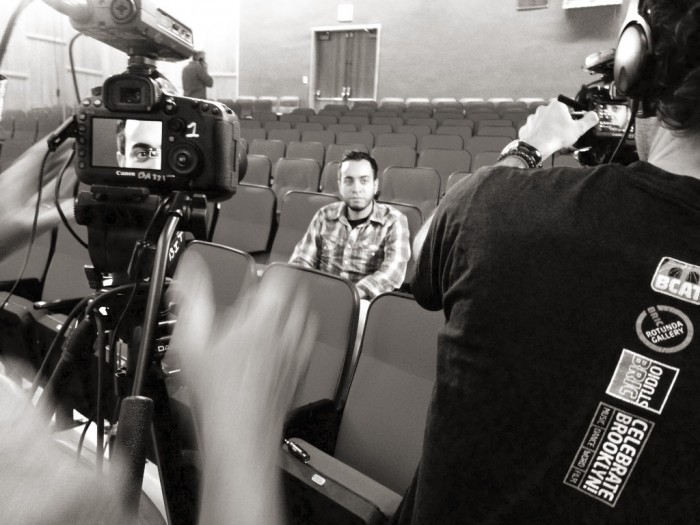 For those would-be directors born in Latin America finding funding for a new production involves applying for dozens of grants provided by their country’s film institute or local government money earmarked for the arts. There’s also European organizations that target filmmakers in the “developing world” and Ibermedia, a consortium of film institutes that support co-productions amongst Ibero-American countries with Spain and Portugal. These funders are rarely concerned with a film’s commercial appeal and let the director pursue their vision, no matter how wonderfully weird it may be. This new capital-raising system is a result of policy changes that began in the 90s and has served as an impetus for the filmmaking boom that most Latin American countries are experiencing. In stark contrast, for American-born Latinos raising money to make a film is fraught with difficulty.

In most cases, having American citizenship is an advantage, but for Latino filmmakers it adds a host of obstacles. Unless you happen to have a passport from the country your parents hail from, the children of Latino immigrants are left out in the cold — they are not eligible for Ibermedia grants or those for directors from developing countries. Then, there is the fact that the United States has no film institute to speak of. There are a few non-profits (including PBS) that provide money for documentaries (they usually need to social-issue based movies) but there is no U.S. equivalent to the public grants that Latin American cineastas have access to. That leaves them to fight over scraps in the private sector. Have you ever tried to convince an investor to give you money for a Latino story featuring an all-Latino cast? Try it out and tell me how that works for you. (Spoiler alert: It’s virtually impossible.)

It’s no surprise that Latin American film directors are circling the globe, showing their finished films at the top-tier film festivals like Cannes, Berlin, Toronto, and Venice. When was the last time you heard of a U.S. Latino filmmaker doing the same? I’m not going to say never, but it’s been a really, really long time. Despite all the obstacles, there are lots of U.S. Latino filmmakers who are forging a new path, making movies without waiting for someone to give them money or for the industry’s OK to proceed. Here we celebrate 10 Latino directors whose films may have played a big prestigious festival, or won a ton of awards, or got rave reviews, or was broadcast on television this year (or all of the above.) It’s our own version of the American (Latino) Dream.