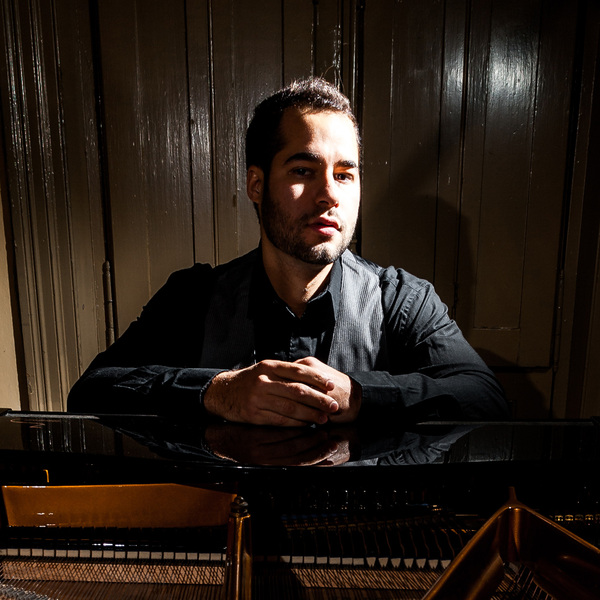 Is an award winner composer that has created the original soundtrack for many films, TV series, documentaries and advertising campaigns working in productions from all over the world. As a pianist Kauderer has toured around the globe performing with many of the most prestigious musicians.

Kauderer began his musical studies at 8 and since then he has developed his career as a piano performer and composer.

Holding a degree from Escuela de Musica Contemporanea in Buenos Aires he was awarded a scholarship by the Berklee World Scholarship Tour to study at Berklee College of Music in Boston where he earned a degree in Composition and the prestigious "Herb Pomeroy Award" for outstanding composition and arrangements.

He has composed the original soundtrack for more than 10 feature films including Academy Award Winner “The Secret In Their Eyes” for Best Foreign Language Film, score that was awarded with the Clarin Award, Condor de Plata Award, Sur Award and Havana Film Festival for Best Original Music and earned a Nomination for the Goya Awards.

While living in Los Angeles he composed the score for “Border Run”, a thriller featuring Sharon Stone and Billy Zane.

He also composed the soundtrack for Disney´s Latin versions of the worldwide known saga “High School Musical”, box office hit in both Argentina and Mexico.

The movie "La Revolucion es un Sueño Eterno", based on the book by Andres Rivera, was also composed by Kauderer and released in the mark of Argentina’s bicentenary.

The relationship with the director earned him the position to score the short series “Sueños de Radio” and “Había Una Vez Un Club” produced by Campanella´s company and Argentina´s Ministry of Education Program for Schools and Media. The series received the best critics.

He was part of the music composition and production for the 60th anniversary of worldwide renowned ice skating show Holiday on Ice, show that toured around Europe for 4 years collecting great reviews and shocking audiences.

He had the honor to work as a music editor with Academy Award Winner Gustavo Santaolalla in his new musical “Arrabal” directed by renowned Broadway-choreographer Sergio Trujillo (The Addams Family, Memphis, Jersey Boys).

Today he resides and continues to work in New York City where he's finishing the score for a movie produced by James Franco.