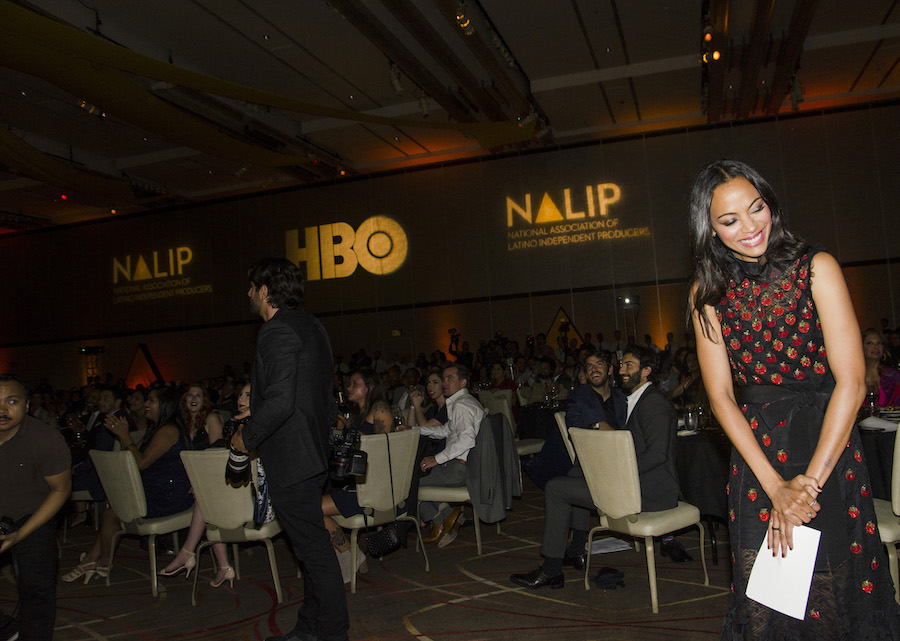 Two years ago at the NALIP Latino Media Awards, just after Trump made his initial horrendous remarks against Mexicans, Eugenio Derbez gave an impassioned speech about proving how mistaken those allegations were. Last year, months before the election, the message of many honorees was related to the need for Latinos to make their voices heard by voting and encouraging other to register to vote. This year, the recurrent theme of the night involved resistance and breaking down walls wherever they may exist. With that in mind, a group of talented Latinos took the stage to mark the end the 2017 Media Summit organized by the National Association of Latino Independent Producers (NALIP).

Lupe Award Honoree, and newly added member of the Marvel family, Guatemalan-American actor Tony Revolori appeared hopeful that the industry is changing for the better and that rejection based on skin color will one day end. On a more political note, Mexican actress Kate del Castillo used her time in the limelight, after the receiving the Outstanding Achievement in Television Award, to denounce the government of her country for the actions taken against her since the El Chapo ordeal, as well as to apologize for her unwise decisions. Action star Vin Diesel became an Honorary Latino when presenting Zoe Saldaña with the Outstanding Achievement in Film Award and opening his remarks with a candid “Hola mi gente.” Saldaña was visibly moved by the recognition and delivered an emotionally charged speech about being proud of her heritage, thanking those who have helped her along the way, and using her position to inspire others. Animator Jorge Gutierrez, who took home the Tech Arts Innovator Award, stole the audience’s heart with three hilarious and touching stories about being a Latino working in film and meeting one of his idols, Guillermo del Toro. Puerto Rican veteran performer Ivonne Coll, most recently seen in the acclaimed show Jane the Virgin, was unable to attend the ceremony to pick up her Lifetime Achievement Award due to a recent injury.

Although the evening had numerous remarkable moments, a “Chingue su madre Trump” from Chicano cartoonist Lalo Alcaraz sums up the energy of a community who is fighting back with endless talent as ammunition.

Check out the full article and awardee highlights at Remezcla.com