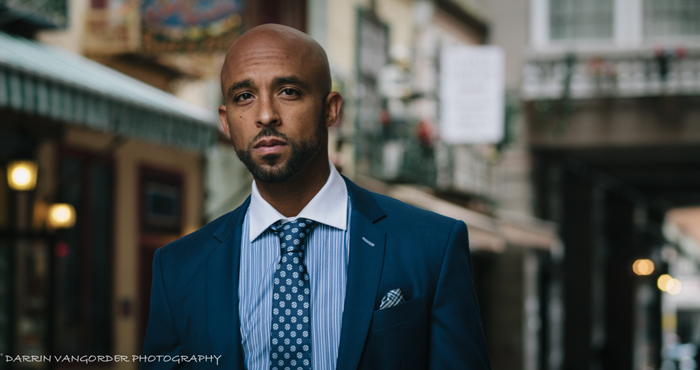 Part 1: Discovering Your Voice and What to Expect

The first thing you do is OWN IT. This is what you are and this is what you do. Get a business card and start a letterhead. What is your company name? Build a list of content that you love. Start to inspire yourself and give yourself direction. Build a vision board that can help you have daily inspiration and insight into where you are going in your career. Network! Participate in the Film and TV culture in your area. Go to local events and mixers and start learning the language of a producer or content creator.

Consider all the other great people that came before you and process their legacy as you begin to think about your own. Do this to build an identity for yourself of what kind of producer you want to be. Are you going to produce for TV or film or streaming content? In many ways the mechanics of producing are the same in all three platforms but the business practices and key players in all of them are different. It is important to get familiar with your branch of production once you decide.

It took me almost a decade to find my voice and I am still learning but I do know my identity as a producer and that helps me when I need help the most. At your weakest points your inspiration and drive to move forward will come from within so your identity or your creative signature is vital.

The process of making a film is a tumultuous, spirit-crushing, mind bending, juggernaut of a process. It is also exuberantly, joyously and heart palpitating rewarding (if well executed) to take an idea from paper and pencil to the screen while tap dancing the minefield that is actually producing something that is technically sound, watchable, marketable and a cohesively concise (narratively speaking).

There are so many variables and pitfalls out of your control that you have to know when to “sacrifice your darlings” but also know what not to sacrifice under any measure, even if it is just to maintain some creative dignity through the process so you can sleep at night.

Where does the buck stop? The buck stops with the producer. In all matters related to the film whether it be hiccups in the camera department, the lack of water on set on the day, missing art or wardrobe direction, the fire Marshall shutting you down during production or signing a junky distribution deal where you see zero return on your investment. The buck stops with you! You need to be a leader. Being a leader means always knowing what you want. If you don’t know what you want, be willing to humble yourself enough to ask the right people the right questions to find out so you can keep leading the ship. The leadership component of a feature film is crucial and is a trickle down effect.

Be advised, producers have different roles on different films (depending on the size and scope of the picture). For this case study I am talking to the up and coming producer. I am talking to the producer that is making films for under 1 million dollars where he or she is likely wearing an army of hats and going into battle to get a film made against all odds despite an unwavering amount of obstacles faced on a daily and sometimes hourly basis. This journal is for the logistical nuts and bolts set warrior.

This is for the producer who will polish the script, run crowd-funding campaigns, grass roots market and publicize, beg and pitch for money, draw up line item budgets, build their own posters and pitch packages, hire and fire, throw away the trash, hang location signs, pick up craft services, boil eggs, stand in as an extra, calm actors, calm crew, stand in the rain and direct traffic, drive 14 foot cube trucks, hold a boom, cry or break things when nobody is looking… This is for the soldier. This is for vertical rock face climber without a rope. This is for the drunken stilt walker… and nothing less.

If as a filmmaker you don’t fit the bill of someone who is willing to do these things for the greater good of your passion project CHANGE CAREERS. Producing isn’t for you.