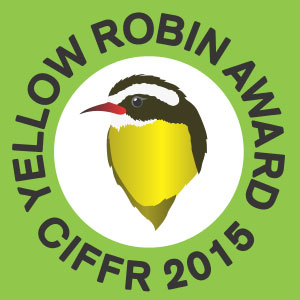 The Curaçao International Film Festival Rotterdam, which takes place March 25-28 2015, is looking for submissions for its Yellow Robin Award Competition.  Designed as a platform to launch exciting new filmmaker voices from the Caribbean region, the festival is looking for first and second feature length films, in the fiction or creative documentary genre, from primarily the island region as well as the Latin American mainland. The winner of the Yellow Robin Award will receive $10,000USD as well as priority access to one of the most important film festivals in the world, the International Film Festival Rotterdam, such as participating in the CineMart or a screening his/her film at the festival in 2016.  The deadline to submit is January 1, 2015.