It’s not hard to see women of color showcasing their talent on screen this past year. Five critics from the Los Angeles Times took turns picking their three favorite characters from the past year in film. Check out women of color & film critic Jen Yamato’s choices below. 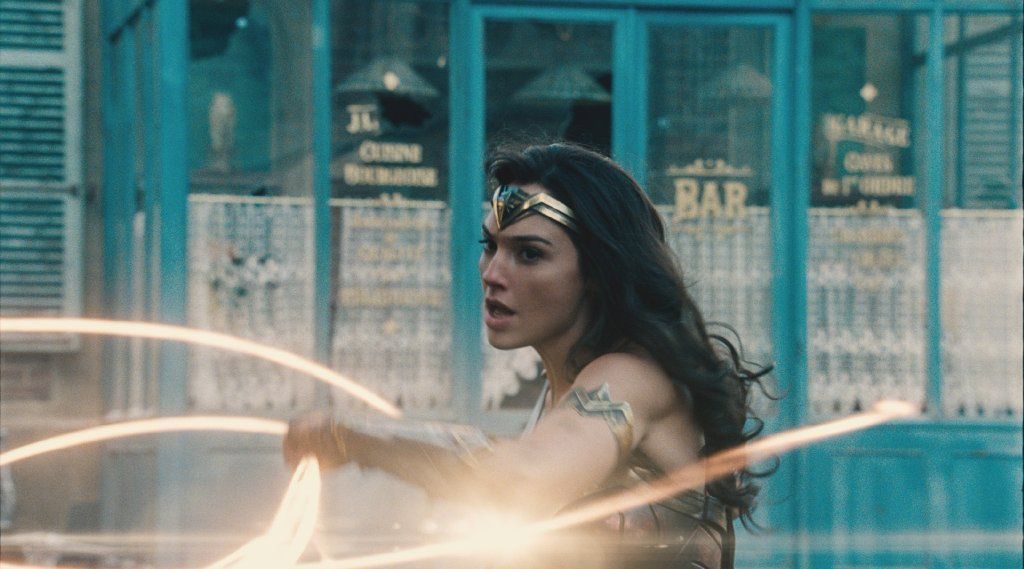 In a year of powerful moves by women onscreen and off, the first superheroine of the modern comic book movie era brought humor and heart with her as she leapt off the page onto the screen. As embodied by the effervescent Gadot, director Patty Jenkins’ take on Diana of Themyscira, Daughter of Hippolyta injected compelling character work and depth back into a superhero genre overstuffed with bland, spandexed heroes. Here was a Wonder Woman we needed: compassionate, confident and powerful. Principled and courageous. Curious and kind. And a hero who doesn’t need a mother named Martha to chart the right course (she had an island full of brave women to show her the way).

The best new addition writer-director Rian Johnson made to the galaxy far, far away. The first Asian woman to be featured heavily in the “Star Wars” franchise’s 40 years, Rose’s journey begins before we even meet her onscreen as we witness the heartwrenchingly heroic actions of her sister Paige, a gunner in the Resistance. Paige’s fate is inextricably tied to the awakening of Rose’s own valor and her belief that she too can and should be as much a part of the action as anyone else. Her transformation from Resistance mechanic/#1 rebel fangirl to battlefield soldier is one of the film’s truest arcs — and Tran’s infectious charisma cracks open the door to wanting to know more about Rose’s past and future.

Casting Thompson as the Marvel comics warrioress was one of the most inspired moves director Taika Waititi made in “Thor: Ragnarok.” How lucky we were to get a superheroine this surprisingly complex: Unmistakably powerful, haunted by her own demons, and wholly unimpressed by Chris Hemsworth’s Thor. Who couldn’t relate to Valkryie, drowning herself in drink to forget the past she couldn’t change, numbing herself to life to avoid her fullest potential? She might be Asgardian, but the protector-turned-bounty hunter is so utterly human that watching her embrace her heroine’s destiny once more — with the swagger of a cosmic Cardi B, making bloody moves across the universe — was one of the most satisfying blockbuster moments of the year.

Marina Vidal, played by Daniela Vega in “A Fantastic Woman”

Self-assertion against the patriarchy is front and center in “A Fantastic Woman,” with Daniela Vega playing a Chilean transgender waitress and part-time cabaret singer standing up for her basic rights and dignity after the death of her lover. In the face of hostility and humiliation, Marina is difficult, direct and often defensive. How could she not be, given the world in which she lives? But she endures and, ultimately, transcends the limitations being forced on her. Fantastic doesn’t even begin to describe this woman.

Read more at The LA Times.