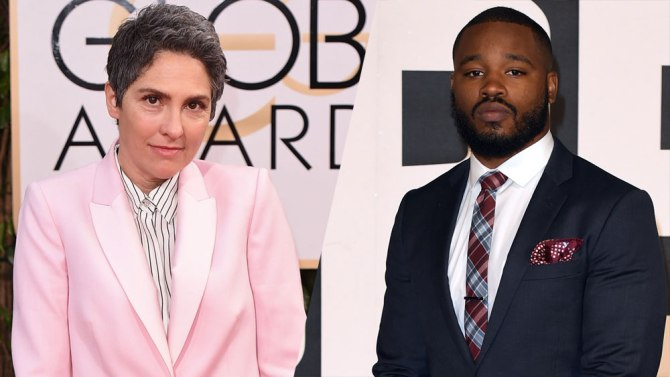 The Writers Guild of America West has found a mixture of slow, forward progress, stalls and reversals in its 2016 Hollywood Writers Report.

“Progress has been slow at best for women and minority writers in an era of television renaissance, while film sector stagnation has witnessed either anemic advances or actual reversals of fortune for groups of writers that remain woefully underrepresented in both sectors,” said Darnell Hunt, the report’s author and director of the Ralph J. Bunche Center for African American Studies at UCLA.

The new report, which looks at data through 2014, notes that while women TV writers have made minor advances in terms of employment and earnings, women screenwriters lost ground in film sector earnings.

For minority TV writers, advancements in employment share and relative earnings have stalled. In the film sector, minority writers have experienced only slight gains in their share of employment and a small closing of the earnings gap.

Women’s share of television employment increased from 27% to 29%. Female TV writers earned 93 cents for every dollar earned by white males in 2014, up slightly from 91 cents in 2012.

The report found that women writers earned 78 cents for every dollar earned by their white male counterparts in 2012. By 2014, the relative earnings figure dropped to 68 cents.

The guild reported that minorities account for 13% of television writers, remaining underrepresented by a factor of about 3 to 1 compared to their representation in the overall U.S. population. The minority share of film employment increased a percentage point to 7% since 2012.

“The guild has watched for years as the progress made by our industry has, in essence, flatlined,” said WGA West president Howard Rodman. “Today’s report makes it emphatically clear that our guild needs not just to mirror a broken system, but to work to change it.”

Notable minority writers include John Ridley, who won an Oscar for “12 Years a Slave, and “Creed” writer-director Ryan Coogler (pictured above).

Rodman said the guild has been promoting diversity through a Staff Writer Bootcamp, to give “diversity slot” writers and others strategies for succeeding in their rooms; added an emphasis on the importance of hiring diverse staffs to the Showrunner Training Program; hosted a public exploration of unconscious bias; and scheduled workshops for guild leaders.