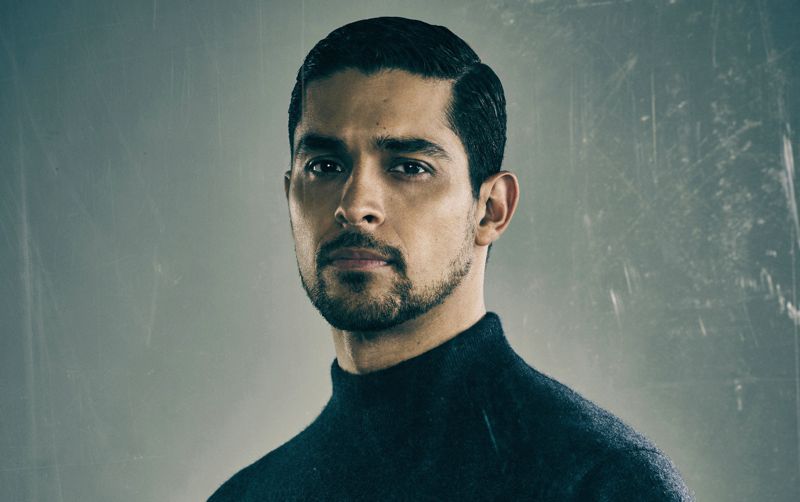 Actor Wilmer Valderrama is showing off his versatility these days, playing both an outlaw and a cop on two different shows for two different networks.

He plays drug lord Carlos Madrigal in Robert Rodriguez’ “From Dusk till Dawn” on the El Rey Network, and starting today he will be wearing a badge as police Det. Will Blake on the new sci-fi drama “Minority Report” premiering on Fox.

"It turns out Latinos have big, big jobs in 2065," Valderrama joked to Fox News Latino referring to his role in the futuristic TV series based on the 2002 Steven Spielberg movie with the same name.

"Minority Report" follows Dash (Stark Sands) a "Precog" who has the psychic ability to predict crimes. The sci-fi series is set 50 years into the future in Washington D.C. and has a diverse cast – including African-American actress Meagan Good – and that's how it should be, Valderrama said.

“My name [in the series] is Will Blake so I think that it's exciting that in the future from our names to our look, it’s all going to be so integrated and so fused with one another,” he added.

Valderrama, who is of Colombian and Venezuelan descent, got his big break on the Fox sitcom "That ’70s Show" playing a foreign exchange student. He is one of only a handful of Latino actors with name recognition and star power that continues to get work in Hollywood.

“It was important for me that I not only challenge myself but I found those characters that could be fun for the community to see themselves in, because some of these characters should also be aspirational,” he said.

Recently Matt Damon came under fire for suggesting during his HBO reality show ‘Project Greenlight’ that diversity is relevant to the casting of actors, not the technical team. But according to Valderrama, "It’s really important that we continue to empower young people to be writers, to be directors, to be producers.”

“If you have enough diversity behind the camera, it’s going to manifest with diversity on screen, also they are going to have a more accurate interpretation of who we are as a community,” Valderrama said.

Valderrama is also having a charmed year. It was just announced last week that he is voicing the character of Prince Charming in the upcoming animated film "Charming" alongside girlfriend Demi Lovato.

“I’m going to be taking a pretty iconic character that we, the Latino community have been waiting for a long time” Valderrama said. “It will be another milestone for our community, it's going to be really cool.”

He said cherry-picking his projects is his way of making sure he doesn’t get pigeonholed.

“That’s one of the reasons I didn’t do everything, because I’ve had many opportunities throughout the last two decades of my career to take the low-hanging fruits,” Valderrama added.

Check this out at FOX News Latino.