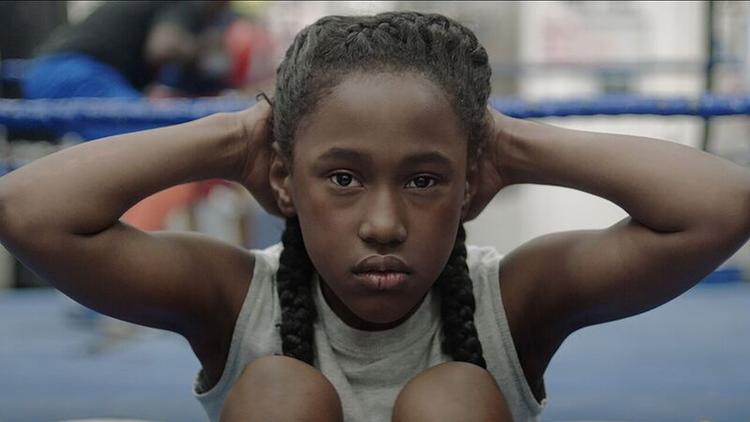 As a first-time director, Anna Rose Holmer is in an elite group. Her movie, “The Fits,” about an 11-year-old tomboy trying to fit in, was one of the fewer than 1% of submitted features Sundance Film Festival programmers chose last year, an acceptance rate tougher than that of an Ivy League college. She received some of the best reviews of the festival, and secured a distribution deal, a manager and an agent.

And yet, amid this success, Holmer, 31, now faces what is possibly the greatest barrier to a sustainable career as a filmmaker -- her second movie.

“Right now, it’s tough,” said Holmer, speaking by phone from Brooklyn, where she lives with her husband, a public school math teacher. “It is scary and daunting, and the pressures start to build the longer you’re in this phase.”

First films are often made in a democratic fashion — on low-cost cameras, with crowd-funded budgets and crews made up of college friends. But second movies typically rely more on the machinery of Hollywood, a machinery that has often excluded women and minorities. That exclusion has received new attention lately thanks to both the diversity controversy around this year’s Oscars nominees and a government investigation into gender bias in hiring.

Holmer is one of 12 directors participating in the Sundance Institute’s FilmTwo Initiative, a program launched this spring to offer filmmakers, especially women and directors of color, tactical and creative support on their second pictures. Others in the program include actress and writer Marielle Heller (“The Diary of a Teenage Girl”), Ethiopian New York Univeristy grad Yared Zaleke (“Lamb”), Korean American L.A. filmmaker Andrew Ahn (“Spa Night”) and New York-based documentarian Crystal Moselle (“The Wolfpack”).

“There’s this myth of getting your film into Sundance and being instantly successful,” said Sundance Institute Executive Director Keri Putnam. “It’s worth busting that myth. For first-time filmmakers, getting in is just the beginning.”

As studios have contracted their specialty divisions and shrunk their development deals, the opportunities to step up from a small first film to a moderately budgeted second one have gotten scarcer for all directors.

That has implications not only for filmmakers but also for the studios seeking to broaden the pool of talent from which they hire. For Universal Pictures Chairman Donna Langley, whose studio is financing the FilmTwo Initiative, the hope is to nurture talent that might otherwise slip through the cracks. Four of the FilmTwo fellows will be designated as NBCUniversal fellows, receiving development grants and getting meetings with key Universal executives.

“I was interested in where women drop off in their careers,” said Langley, who in recent years has hired female directors Angelina Jolie, Sam Taylor-Johnson and Elizabeth Banks. “OK, so you’ve done this thing, you’ve gotten some exposure at festivals… now what? Directing is a rarefied business. And you see very few women pass that Rubicon.”

White male directors who have passed from low-budget first features to big-budget studio films include Marc Webb, who went from directing the 2009 indie romance “500 Days of Summer” to a Spider-Man movie, and Colin Trevorrow, who leapt from his $750,000 2012 comedy “Safety Not Guaranteed” to the $150 million-budgeted “Jurassic World.” Women and minority directors are less likely to make that leap, Putnam said.

“There seems to be a lot of imagination about how a small first film by a white guy can lead to a bigger film,” Putnam said. “We don’t see that same imagination extended to women and filmmakers of color.”

There are other obstacles too for filmmakers working in the increasingly complex business of independent film. Just as new opportunities are coming a first-time director’s way, there are new demands on them to play an entrepreneurial role in the release of their pictures. Though sometimes empowering, these tasks take time away from the second film.

Five months after her Sundance premiere, Holmer, who also co-wrote and produced “The Fits,” estimates she spends at least 60 hours a week on it. On a weekday in June, she was fielding questions about music rights for a foreign TV channel, maintaining the movie’s website and Twitter feed and handling decisions about press and promotions. She had recently returned from a trip to L.A., where she’d met with a mix of producers, executives and potential collaborators -- a fulfilling experience, but not one that immediately pays the bills.

I talk to filmmakers who are sleeping on couches, focusing on getting a job and preparing for a big meeting,” said Stephanie Allain, an advisor for the FilmTwo fellows who produced the movies “Beyond the Lights” and “Hustle & Flow” and directs the L.A. Film Festival. “You start to get weary. Six months goes by. You need to pay your rent. For women and directors of color especially, this period can last a long time. You’re already a long-shot hire. How long can you afford to wait?”

In recent years, television has begun to fill the gap. “Queen Sugar,” a series running on OWN this fall produced by Oprah Winfrey and Ava DuVernay, hired female directors to helm all 13 episodes. For some, like African American director Tina Mabry, whose first feature, “Mississippi Damned,” came out in 2009, television is a way to continue in an industry where directing opportunities are rare.

The challenges for filmmakers are not only economic but also creative. As part of FilmTwo, fellows participate in a writing intensive designed to help them hone their projects amid the new distractions. They also are coached on how to prepare for a pitch and how to assemble the right team around them.

“I hear it from almost every filmmaker that the second film is tougher than the first film,” said Michelle Satter, director the feature film program at the Sundance Institute. “They often experience a lot of noise, a lot of meetings. It’s a difficult moment for a filmmaker to get creatively inside themselves. Most filmmakers want to do something more ambitious, maybe a bigger budget. They’ve had their first group of collaborators, but now they’re trying to navigate an entire industry.”

Holmer is working on a screenplay with Saela Davis, her editor on “The Fits.” In the spring, as part of the FilmTwo Initiative, she participated in a screenwriting intensive with “Nashville” writer Joan Tewkesbury. Other creative and industry advisors to the fellows include Annapurna Pictures’ head of development,  Priya Swaminathan; Plan B Entertainment Co-President Jeremy Kleiner; and Netflix’s  director of content acquisition, Ian Bricke.

“It’s very daunting to be a female filmmaker at this time,” said Holmer. “The idea of waiting eight years for my next film just isn’t sustainable. I want to build a career. It’s about every day saying, ‘This is what I want to do and I’m doing it. I’m here. I’m a director.’ ”

Check this out on chicagotribune.com