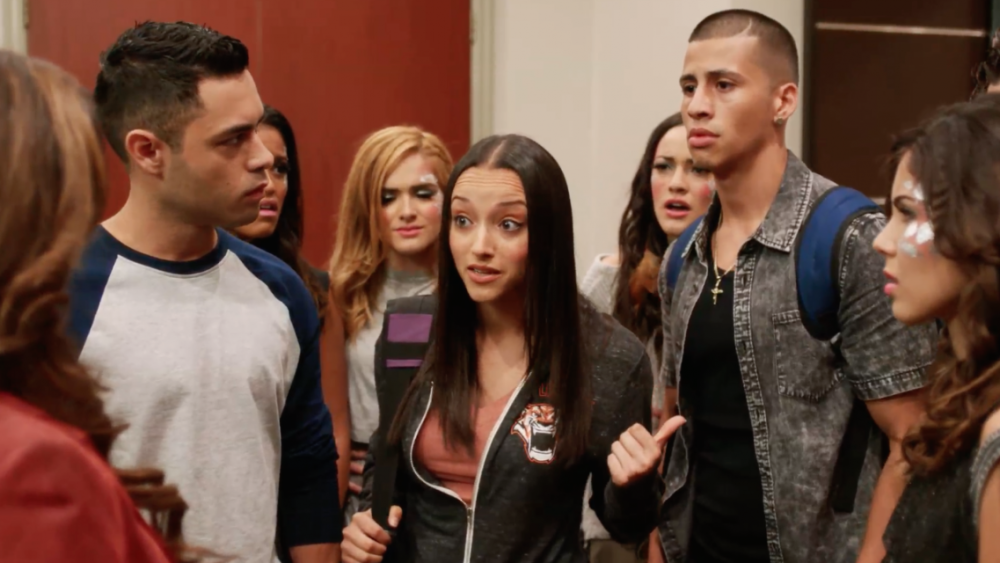 What could “inclusion riders” — or truly inclusive hiring — do for Hollywood? Maurício Mota, co-president of Wise Entertainment and an executive producer of Hulu’s “East Los High,” explains.

When Frances McDormand introduced the wider world to the phrase “inclusion rider” during the 2018 Oscars, it had an effect almost immediately. Weeks later, the production companies of Michael B. Jordan, Ben Affleck and Matt Damon, and Paul Feig were among those jumping on board, saying they would adhere to the riders’ mandate to include certain percentages of employees from traditionally marginalized groups. Endeavor’s Ari Emanuel even wrote a memo supporting inclusion riders.

So what will all that do? Let me supply just one set of examples, drawn from several years’ worth of experience with our Hulu show, “East Los High.”

What happened with “East Los High” is proof of what happens when you hire from traditionally excluded groups. Given a real chance, white women, men and women of color, disabled people and LGBT individuals bring terrific energy and craft to ongoing projects. But the best part is, this kind of hiring opens up the pipeline for the entire industry. Inclusive hiring on one show can help pay it forward for everyone.

I wish my producing partner and I had had the inclusion rider template (and the data that backed it) when we were knocking on doors all over town pitching “East Los High,” a teen drama with an all-Latino cast that takes place in a fictional high school in East L.A. We had stacks of research to support the pitch. The data told us Latinos were tired of giving a lot of money to pop culture without seeing themselves and their authentic stories on screen in return.

“This show will never see the light of day. The market is not ready for young Latinos as protagonists and speaking in English” — that’s what we heard from one the top TV agents in town. “We love the concept. But can it be less Latino?” a TV executive said. “Latino shows don’t sell internationally,”an international sales agent (himself a fellow Latino) told me over coffee.

We went back and shared the details of our disastrous Hollywood meetings with the city, state and Federal organizations we worked with during our research phase. These were community leaders, non-profits and foundations who worked with our audience — youth of color — day in and day out.

Their verdict? “You need to make this show. There is an audience just waiting for it. And we know it because we talk to them every day.”

Defying the sage advice from Hollywood insiders, my producing partner Katie Elmore Mota raised money through grants and donations to make the show ourselves. We shot 24 half-hour episodes and social-media content for the show without a the backing of a studio or any other traditional player. In 67 days. On a shoestring budget.

We went on this unconventional journey in part because the two of us believed in the vision of giving underserved groups (Latinos in this case) a seat at the table. Therefore, we hired Carlos Portugal and Kathleen Bedoya and supported their talent and ideas. These were writers who, despite their industry experience and numerous qualifications, would not traditionally have been approved by the usual TV gatekeepers, and allowed to act as showrunners and lead the writers’ room. We also had an all-Latino cast, none of them celebrities. We had a female African-American D.P, a Latina casting director, a Latino U.P.M., and an all-Latino writers’ room.

We took the completed show back out and got multiple offers. Our last meeting was at Hulu with one of their few Latino executives. He went to his boss, a female Asian-American executive, and with their strong backing, “East Los High” became one of the streaming pioneers of 2013, along with “House of Cards” and “Orange is the New Black.”

We didn’t have an inclusion rider as such incorporated into the contracts for the show. But we did have the support of our network, creatively and when it came to personnel decisions as well. And our hiring process — which for 60 episodes gave us a cast and crew that was dominated by men and women of color — sheds some light on what happens when you put together TV shows this way:

We couldn’t be prouder of a whole ecosystem of talent that was born out of what we scraped together that first season. And if this unknown team of misfits were able to pull this off, imagine what bigger players could do with the consistent implementation of inclusion riders.

Studios, unions, agencies and big stars need to understand that the inclusion rider is not affirmative action. It’s simply the expansion of an ecosystem that currently tends to recycle the same talent in front of and behind the camera instead preparing and seasoning fresh voices and creators. Non-white people and others from traditionally excluded groups are not going to steal anyone’s jobs. By growing the pool, we grow the types of content we offer, and the audiences will expand.