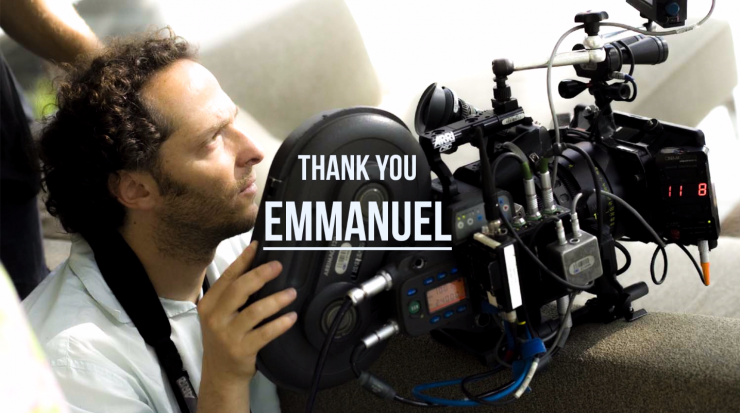 Few cinematographers are as universally lauded and professionally respected as Emmanuel Lubezki. After watching this video tribute from Vimeo user Borealisk, you'll see why.

Questionable music choices aside, this video brilliantly showcases a few of Chivo's trademark stylistic tendencies. First and foremost is his absolutely stunning command of natural light. Nowhere is this more apparent than in the past three Terrence Malick films (there are more in the works). When you add the improvisatory and oftentimes playful camera work of these films to the complex, beautiful natural lighting, you get some of the most visually arresting images in contemporary film.

Then there's his work with visionary director Alfonso Cuaron. These films showcase Chivo's ability to craft complex, yet immersive long takes that guide viewers through unbeknownst cinematic worlds. In 2006, it was the intricate handheld and crazy car rigs that led viewers through the war-torn landscapes of Children of Men. In 2013, Lubezki, alongside an incredible visual effects team, pioneered new types of hybrid cinematography to craft the most realistic portrait of outer space ever seen in Gravity.

Chivo has already accomplished some amazing cinematic feats in his 30 year career. However, the fact that he's only 50 years old hopefully means that we'll be witness to a hell of a lot more in years to come.