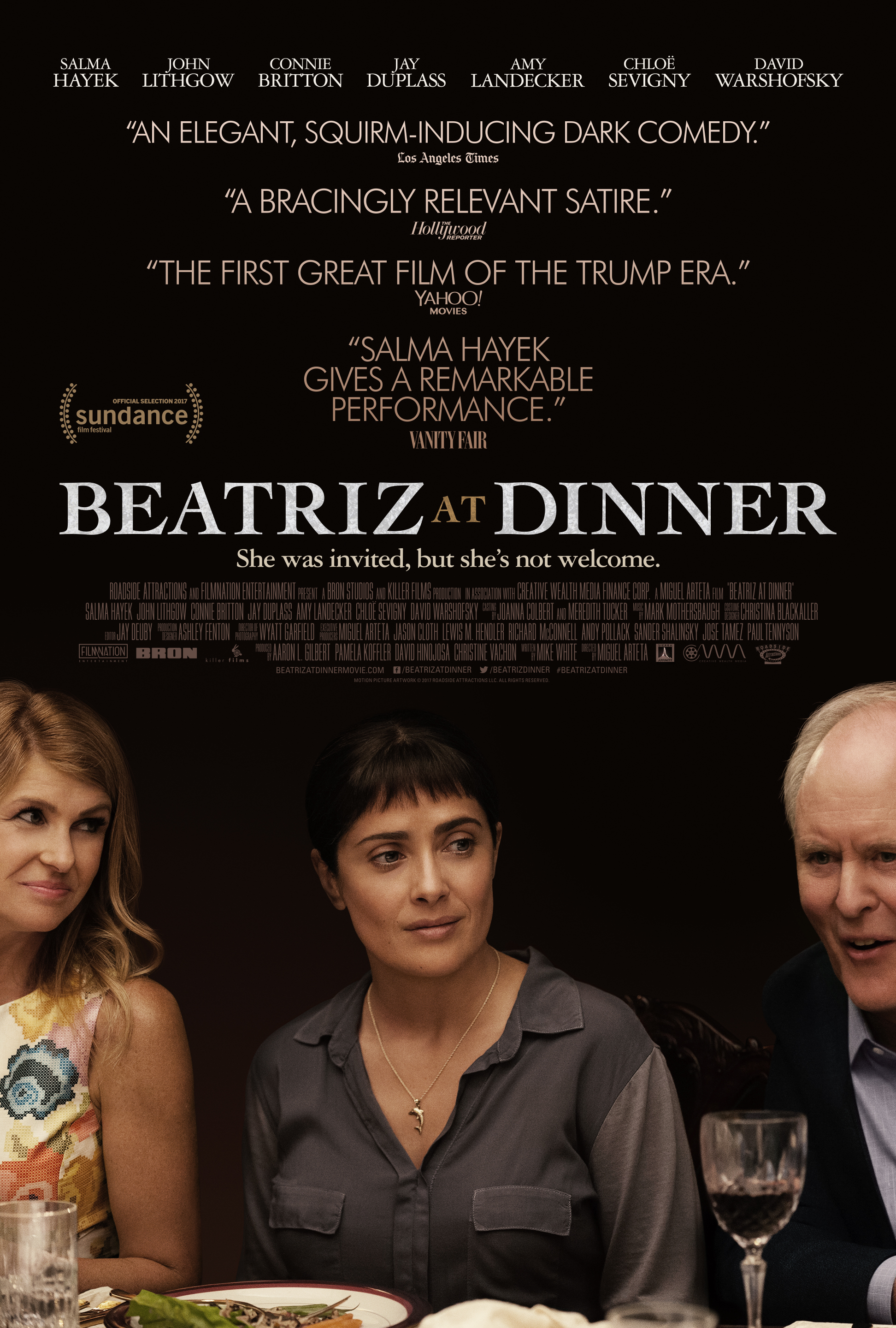 Salma Hayek has been keeping busy! This year she will be starring in two comedy films ‘How to be a Latin Lover,’ and ‘Beatriz at Dinner.’

In ‘How to be a Latin Lover,’ Hayek plays the sister of an aging gigolo (Eugenio Derbez), who gets dumped by his wealthy elder wife for a younger man and later has to move in with her. Their relationship is not great, so they struggle to make it work throughout the film. The Pantelion Films movie, was directed by Ken Marino and produced by Eugenio Derbez. Derbez and Hayek  had been wanting to make a film together for quite some time now and are excited to be finally be working together. Joining them in the cast is Michael Cera, Kristen Bell, Rob Lowe, Raquel Welch and Rob Riggle. Click here to watch the trailer.

‘Beatriz at Dinner,’ is directed by Miguel Arteta and is about an immigrant (Salma Hayek) from Mexico who becomes a health practitioner in Los Angeles and attends a dinner party hosted by her clients, after her car breaks down. At the dinner party, she is faced with discrimination and insults from a real estate billionaire (John Lithgow) who comes from a different background than her. The dramatic comedy explores various topics such as racism, social inequality and immigration. The film premiered at the Sundance Film Festival in January and is now scheduled to be released in theaters June 9, 2017. Click here to watch the trailer.

Hayek will also be featured in the upcoming film ‘The Hitman’s Bodyguard,’ a film about the world’s top bodyguard (Ryan Reynolds), who must protect a hitman (Samuel L. Jackson) that will testify at the International Court of Justice. They both despise each other and need to figure out a way to work together. Hayek will play Jackson’s notorious wife. The film will release August 18, 2017.

We are happy to see Hayek portray such intriguing characters and can’t wait to see what her next project will be.