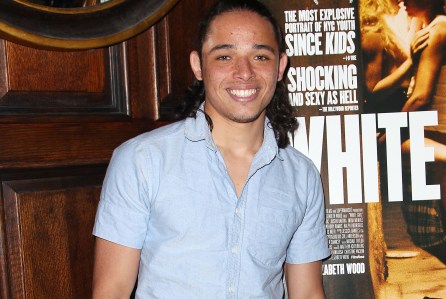 Anthony Ramos has been keeping busy this year! He will be starting production for two new films, ‘A Star is Born’ and ‘Godzilla: King of the Monsters.’

‘A Star is Born,’ is a Warner Bros musical directed and performed by Bradley Cooper, alongside Stefani Germanotta, also known as Lady Gaga, and Anthony Ramos. The musical will be about a singer (Germanotta) who falls in love with an aging rocker (Cooper) who launches her career as his own goes downward spiral. Ramos will play Germanotta’s best friend, Ramon, an aspiring dancer who is born to be in the spotlight. The film is in production and will not be released until September 28,2018.

According to Deadline, Ramos will also be starring in the Warner Bros sequel ‘Godzilla: King of the Monsters,’ where he will play Cpl. Mendoza, who keeps calm and cool on the surface but whose bravery isn’t to be underestimated in battle. Joining Ramos will be Millie Bobby Brown,  Vera Farmiga, Kyle Chandler, Ken Watanabe, O’Shea Jackson Jr and Aisha Hinds. Plot details have not been released for the film, but is said to be released March 22, 2019.

Make sure to catch Ramos this July in the Sundance movie ‘White Girl,’ as well as the Netflix show ‘She’s gotta have it.’

We are happy to see Anthony Ramos being involved in so many amazing projects. We can’t wait to see how he brings to life each character!