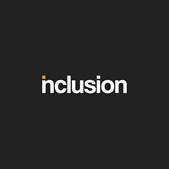 Speaking of 2 Friends Media, the company, in partnership with Mucho Mas Media, has tapped Sandra Avila and Vince Lazzo to respectively head-up the literary and talent divisions of Inclusion, a newly formed management group. In addition, Mucho Mas, known for its Latino-focused content, has brought on managing partner Simon Wise.

A 20-year veteran in the biz, Avila has had stints in TV development at Showtime and Maya Entertainment, she worked as a producer focusing on creating English language film and TV content for the U.S. Latino market, like Endgame starring Rico Rodriguez and Justina Machado. Lazzo, who has also been in the business for almost two decades, has worked as an agent, manager, casting director and producer with a range of talent such as Selena, Rafael Amaya, and Ricky Martin.