Variety Latino’s '10 Latinos to Watch' honors these 10 actors for their contributions to film and television.

BY LIZ CALVARIO AND GRISELDA FLORES 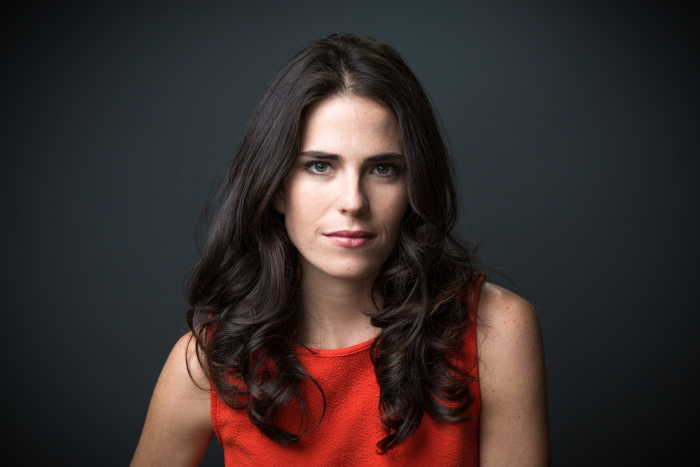 Starring opposite Emmy award-winning actress Viola Davis in ABC's highly acclaimed drama How To Get Away With Murder, Karla Souza has fans worldwide chanting #TGIT. The Mexican actress starred in two of the highest grossing Mexican films to date, Nosotros Los Nobles and Instructions Not Included before working with TV executiveShonda Rhimes in 2014. "Shonda Rhimes allowed my character, Laurel Castillo, to be Latino without the typical stereotypes," said the 29-year-old actress. "Latinos don't only represent one thing, I want everyone to know that we have so much more to offer and we are multifaceted." Souza is set to make her big debut as a producer in the Mexican film ¿Qué Culpa Tiene el Niño? which is currently in post-production. Be sure to tune in to ABC this fall to catch her on the second season of How To Get Away with Murder. 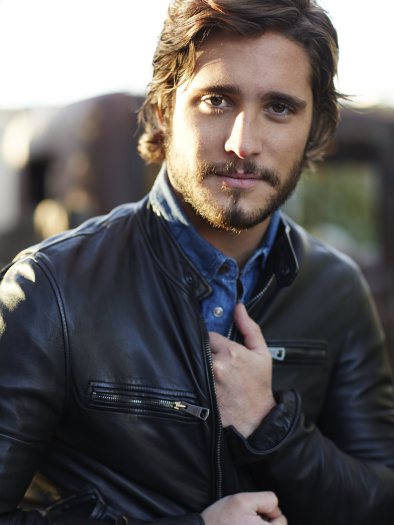 Diego Boneta was only 12 years-old when he participated in the hit reality TV show Codigo Fama, which helped launched his singing career. Since then the Mexican born singer has transitioned into acting. He became a household name in Latin America after starring in hit telenovela Rebelde in 2005. Before crossing over to the English market, Boneta embarked in a world tour the opening act of a pop musical group called RBD. By 2010, Boneta had garnered roles in the hit TV shows Pretty Little Liars and 90210. His hard work finally paid off when he was cast alongside Tom Cruise and Julianne Hough inRock of Ages. “My success is a way to show Hollywood that Latinos can also be successful in this industry,” said the 24 year-old. Boneta will co-star alongside Emma Roberts in Ryan Murphy’s highly anticipated TV seriesScream Queens. 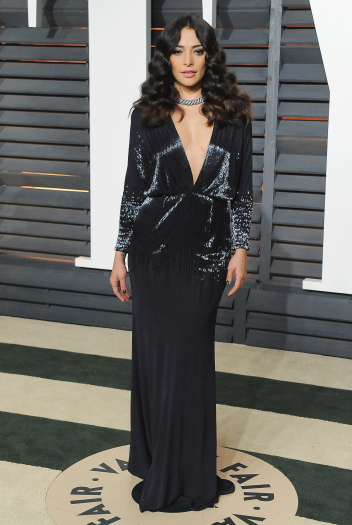 Natalie Martinez is a force to be reckoned with. She began modeling at the age of 15 and was handpicked to be Jennifer Lopez’s brand ambassador in 2002. Four years later, she made her television debut in Fashion House followed by Saints & Sinners. Now, the 31-year-old actress has a long list of credits under her belt, includingBroken City, End of Watch and most recently Self/Lesswith Ryan Reynolds. In 2014 she joined the cast of ABC’sSecrets & Lies opposite Ryan Phillippe. Next you can catch her on the big screen in Home Invasion and Message From The King. 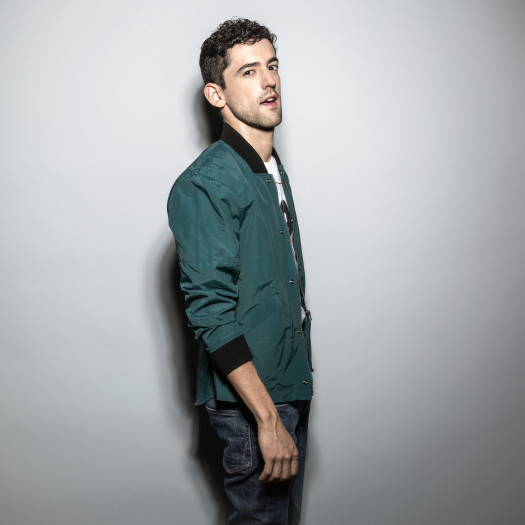 Luis Gerardo Mendez began his acting career in popular comedy television shows and movies such as No Sé Si Cortarme las Venas O Dejármelas Largas and Cásese Quien Pueda. In 2013, Méndez got his breakout role inNosotros los Nobles (The Noble Family), which became the highest grossing Mexican film at its time of release. He now plays the lead role in Netflix’s first Spanish-language original series Club de Cuervos. “The structure of the series is very different, it was written by American writers yet the Latino sense of humor and culture is intact,” said Méndez to Variety Latino. “Working with Netflix has been an incredible opportunity and one of the most interesting things that can happen to you as an actor because they give you so much freedom.” 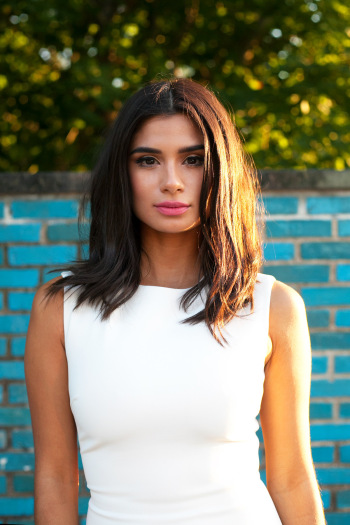 Diane Guerrero’s success stems from her sheer determination and vision. When Guerrero was 14 years-old, her parents and older brother were deported back to Colombia. With the help of friends, Guerrero attended the Boston Arts Academy and later moved to New York to pursue an acting career. She played small secondary roles for a few years, but her career took a huge turn when she was cast in the Netflix series Orange is The New Black and the CW’s Jane The Virgin. Now, in an effort to pay it forward, the young starlet sheds light on immigration reform and supports Mi Familia Vota, a national non-profit organization that promotes social and economic justice. 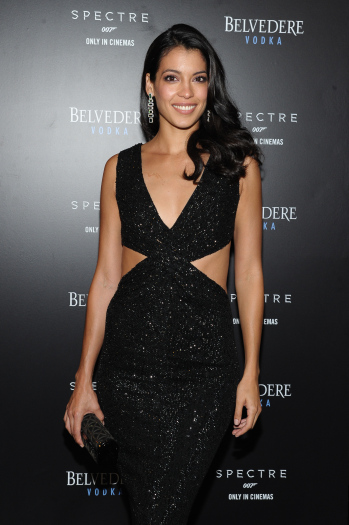 “Acting is not instant magic,” admits Stephanie Sigman. “There’s hard work behind each scene that allows the magic to appear.” The Mexican-American model turned actress won Hollywood over with her first feature film Miss Bala, which premiered at the Cannes Film Festival in 2011 to positive reviews. Last year, Sigman worked alongsideDemian Bichir in the FX produced TV series The Bridgeand was cast in Netflix’s new original series Narcos. The series, which follows the life of Pablo Escobar, premiered this August and is available to stream. Sigman is currently working on War on Everyone with Theo James, but fans will get to watch her on the big screen in the new James Bond film Spectre. Sigman will get to rub shoulders withDaniel Craig as the first Mexican bond girl. The film hits theaters November 6. 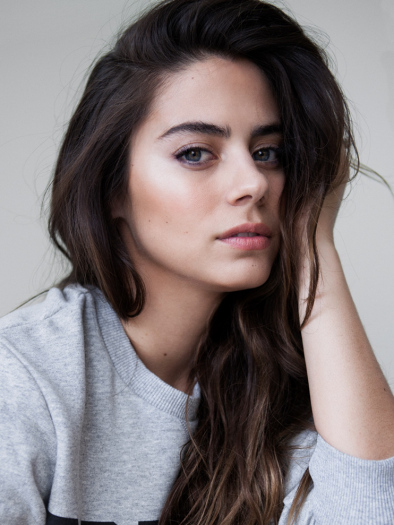 Lorenza Izzo made her acting debut four years ago in the Chilean comedy Qué pena tu boda directed by Nicolás López. She reunited once again with López in the 2012 sequel Qué pena tu familia and the horror film Aftershock. In 2013, the Lee Strasberg Academy alumna was offered a role in the Netflix series Hemlock Grove. Last year we saw her in Guillermo Amoedo's The Stranger and Netflix's Sex Ed starring Haley Joel Osment. Izzo will appear next in the horror film The Green Inferno andKnock Knock starring Keanu Reeves and Cuban actressAna de Armas, both helmed by Eli Roth, whom she married in 2014. 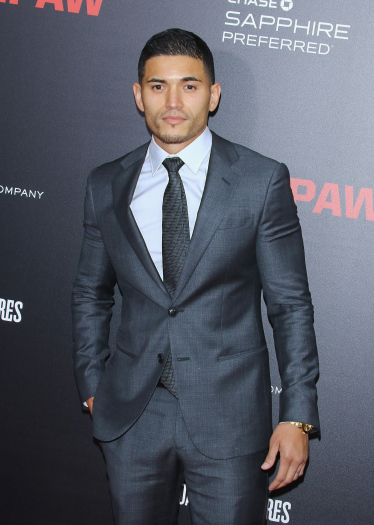 Miguel Gómez is the new kid on the block. This year, he starred opposite Jake Gyllenhaal in Antoine Fuqua’s Southpaw. Gomez played "Magic" Escobar, a fierce boxer known for being a troublemaker and for becoming Billy Hope's (Gyllenhaal) biggest nightmare. "On the big screen we were enemies but I love the guy,” said Gyllenhaal to Variety Latino. “He's super cool and dedicated to his family. Seeing him with his daughter was inspiring. That trust helped us give it our all during our matches on the ring.” Gómez, of Colombian and Honduran descent also co-starred in the second season of FX's most buzzed-about television show The Strain, created by Guillermo del Toro. He plays Agustin "Gus" Elizalde, a street kid who becomes a key element in the fight against a mysterious virus. Gomez and the rest of the cast will start shooting the third season of the science-fiction show in November. 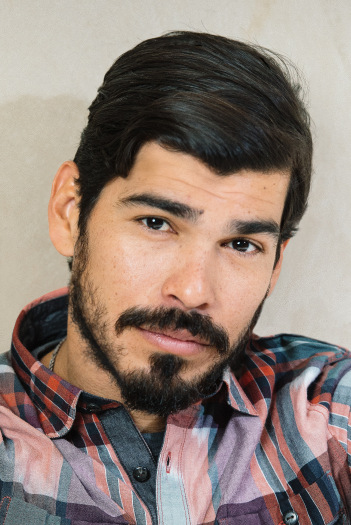 Raul Castillo conquered the independent circuit with gritty roles in Cold Weather and Bless Me, Ultima. Last year he was cast in the lead role of HBO’s Looking, his most notable role to date. The Texas born actor plays Richie Donado, a gay man living in San Francisco. “The show deals with sexuality and race in a very natural way. I loved playing a gay Latino, my character has high self-esteem and knows how to stand up for himself," said the 37-year-old actor. Next year, he’ll be co-starring alongside America Ferrera in Special Correspondents, written and directed by Ricky Gervais. 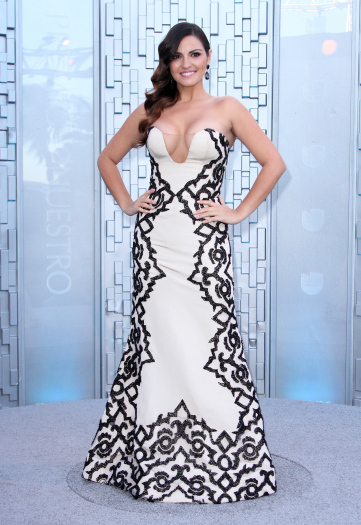 Maite Perroni rose to fame 10 years ago after starring in the hit telenovela Rebelde. Since then, the multi-talented Mexican actress has starred in an array of soap operas, including Cuidado con el ángel, Triunfo del amor, Cachito de cielo, La gata and Antes muerta que Lichita, a Univision production that premiered in August. Perroni recently co-starred in the animated film, Un gallo con muchos huevos, about a young rooster who must face all odds to save his home and loved ones. She recently signed with Paradigm, with hopes to crossover into the U.S. entertainment business.The agency will present her across the board in TV, music, film, and endorsements.

Check this out at the VarietyLatino.com