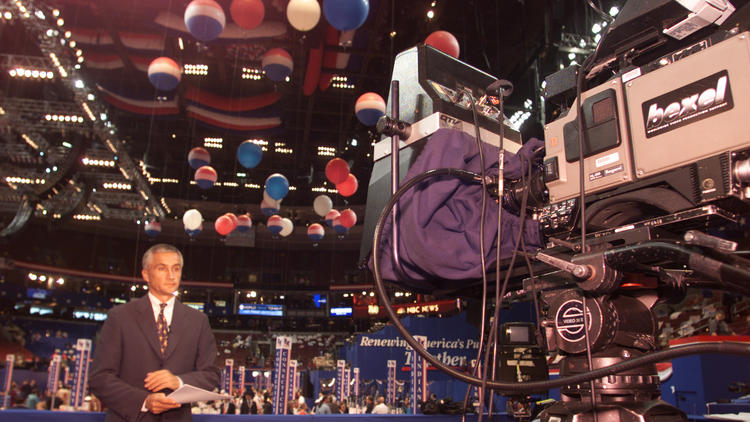 Last summer, Univision went to war with Donald Trump after he called Mexicans drug dealers and rapists -- a move typical of the network that views itself not just as a media company but as an advocate and defender of the Latino community.

Now Univision is launching a major voter registration and engagement campaign aimed at turning out 3 million new Latino voters ahead of this year's presidential election.

The network published an online voter guide Tuesday and is partnering with several organizations to register eligible Latinos -- a population that has grown 40% in the past eight years alone. Univision will broadcast public service announcements across its 126 local television and radio stations about the importance of voting and is enlisting one of its young stars to tell his own story about becoming a voter. A spokeswoman for the network said Univision's campaign news team will be bigger than any previous election, with 36 reporters and producers already assigned to campaign coverage.

Critics of the network questioned whether the ambitious effort would be nonpartisan, given the tussle with Trump and the fact that Latino voters tend to favor Democratic candidates. But star anchor Jorge Ramos defended it, saying Republicans had only themselves to blame if the network's emphasis on immigration news reflects poorly on the GOP.

"The Republican Party has had an incredible opportunity to reach Latino voters, and they failed," Ramos said in an interview. "You cannot say, 'Vote for me, but I want to deport your mother or your brother.'"

Univision and other Spanish-language news outlets have conducted similar voter engagement campaigns in previous years. But its efforts are coming under extra scrutiny this campaign cycle because of the network's starring role in the presidential race.

After Trump disparaged Mexican immigrants in his presidential campaign announcement in June, Univision officials announced they were cutting all business ties with him and would not air his Miss Universe competition. Network officials said they had a duty to stand up for their viewers, many of whom are Latino immigrants or have family members who are. Trump sued, and the parties settled their lawsuit this month.

In Iowa last summer, Trump had Ramos ejected from a news conference after Ramos questioned him repeatedly about the cost of Trump's plan to deport the estimated 11 million immigrants living illegally in the U.S.

Ramos and Univision's co-owner have been criticized for their own ties to Democratic presidential candidate Hillary Clinton, which some conservatives believe calls into question the network's objectivity. Univision co-owner Haim Saban has donated several million dollars to an outside group working to elect Clinton, and Ramos' daughter is working on the Clinton campaign.

Because Latino voters tend to side with Democratic candidates, with two-thirds of Latinos voting for President Obama in 2008, that has led to questions about whether Univision's latest efforts are an attempt to create more Democratic voters.

Ken Oliver-Mendez, the director of an organization that tracks what it sees as liberal bias in the Spanish-language media, said Univision has not covered Republicans fairly in the past, and its voter-registration efforts should be closely examined.

“We all believe in getting more people to vote,” said Oliver-Mendez, director of MRC Latino. “But we’re going to be looking critically at what issues they present as important.”

He complained that Univision puts too much emphasis on immigration coverage -- which he says favors Democrats -- and doesn't spend enough time on other issues that are important to many Latinos, such as abortion or the economy.

Ramos disagreed, saying the network covers a multitude of Latino issues and is even-handed in its coverage of all political candidates.

Ramos said his network has an obligation to its viewers, noting that 66,000 Latinos turn 18 and become eligible to vote each month. "There is truly a demographic revolution," Ramos said. "In order to go from big numbers to true power, you need people going to vote on election day."

Igniting action among millennial voters is always a challenge, regardless of race. But Latino millennials tend to vote at even lower rates than their white and African American counterparts. As part of the network's election efforts, it will set up voter registration booths outside the Copa America soccer tournament in June around the U.S. and will broadcast public service announcements during coverage of the matches. Fusion, the network's English-language Web platform geared toward younger Latinos, will also be part of the voter outreach campaign.

Brent Wilkes, national director of LULAC, said his organization has registration efforts underway in 22 states. It helped register more than 10,000 Latinos in Iowa ahead of the state's February primary -- an effort Wilkes said was helped by Trump's comments.

Wilkes said he hopes the Univision partnership will help empower Latinos at a time when they have come under attack.

"We’re hoping the Latino community will stand up and defend itself," he said.