TV Execs Break Down How They’re Working Toward Diversity

For years media has not accurately depicted the reality of the world we live in, but the push for diversity has slowly but surely manifested in the popular shows of the young adult generation. Take Grown-ish, On My Block, and Riverdale, these wildly popular and beautifully diverse shows have become a television favorite. Not only do they depict compelling stories but they reflect their audience with characters from different ethnic backgrounds and therefore different experiences.

NALIP’s #WeAreInclusion campaign is designed not only to advocate for the representation of Latinos but also for other minority groups and LGBTQ+ content creators. #WeAreInclusion is the next step forward in pushing for inclusion in the current media ecosystem. Media is taking a step in a direction toward diversity with creators, showrunners, and networks all agreeing that it is important that the next generation see people that look like them on screen.

While diversity has been a buzzword in the media world for so long, it has finally become more than just a word, it has become a mandate of sorts. Where “older generations demanded tolerance; this generation wants acceptance,” says Shelly Sumpter Gillyard, executive VP for Nickelodeon talent, music and events, in Randee Dawn’s article, “TV Execs Break Down How They’re Working Toward Diversity” for Variety. For young audiences to be drawn to watch a show, it not only has to be good but it must represent the world that they see. The diversity in television has reached a high point and NALIP is here cheering it on and advocating for even more. 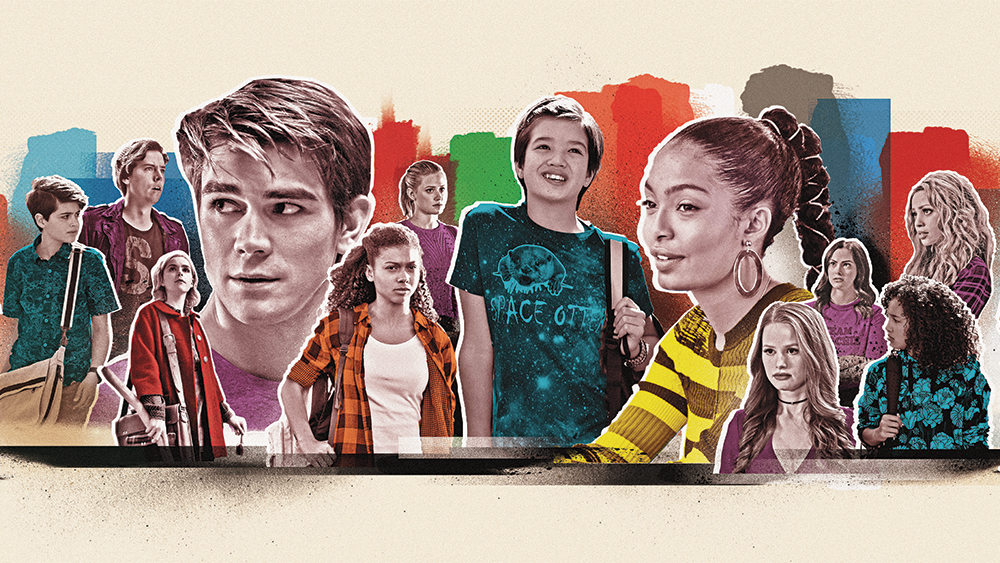 When ABC revealed that “Black-ish” would have a spinoff, sister network Freeform raced to sign the series up. For Freeform, “Grown-ish” would hit all the right notes — it came with a proven pedigree in creator Kenya Barris, and even more important, featured a young, diverse cast.

The decision was a wise one, indeed. “We chased the show that became ‘Grown-ish’ because we very much wanted a diverse comedy on our slate, and who better to partner with than Kenya?” explains Freeform exec VP, programming and development, Karey Burke. “It very quickly drew new viewers to our channel and ‘Siren,’ which follows it, has a more diverse audience than ever.”

“Diversity” has been a jargony watchword for years among programmers and content creators in the youth and young adult worlds. But it’s only in recent years that select networks like The CW, Nickelodeon, Disney Channel, Freeform and Netflix have made diversity more than a watchword — it’s a true mandate for new series. In 2018, if you want to draw young eyeballs and develop YA brand loyalty, diversity is your key selling point.