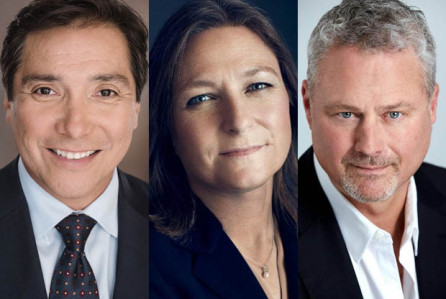 A Television Academy member since 2002, Martinez served as co-chair of the Academy’s diversity committee in 2012. His recent TV credits include How to Get Away with Murder, American Crime, The Blacklist and House of Cards. He broke out as a regular on FX’s The Shield in the 2000s.

“We are honored to welcome three distinguished members of the television community to the Foundation’s board of directors,” said Madeline Di Nonno, chair of the Television Academy Foundation. “With their collective professional experience, our incoming members will play a vital role in our efforts to expand the Foundation’s educational programs, aimed at increasing diversity and inclusivity within the television industry, and help build a significant endowment for the growth and sustainability of The Interviews: An Oral History of Television online archive.”