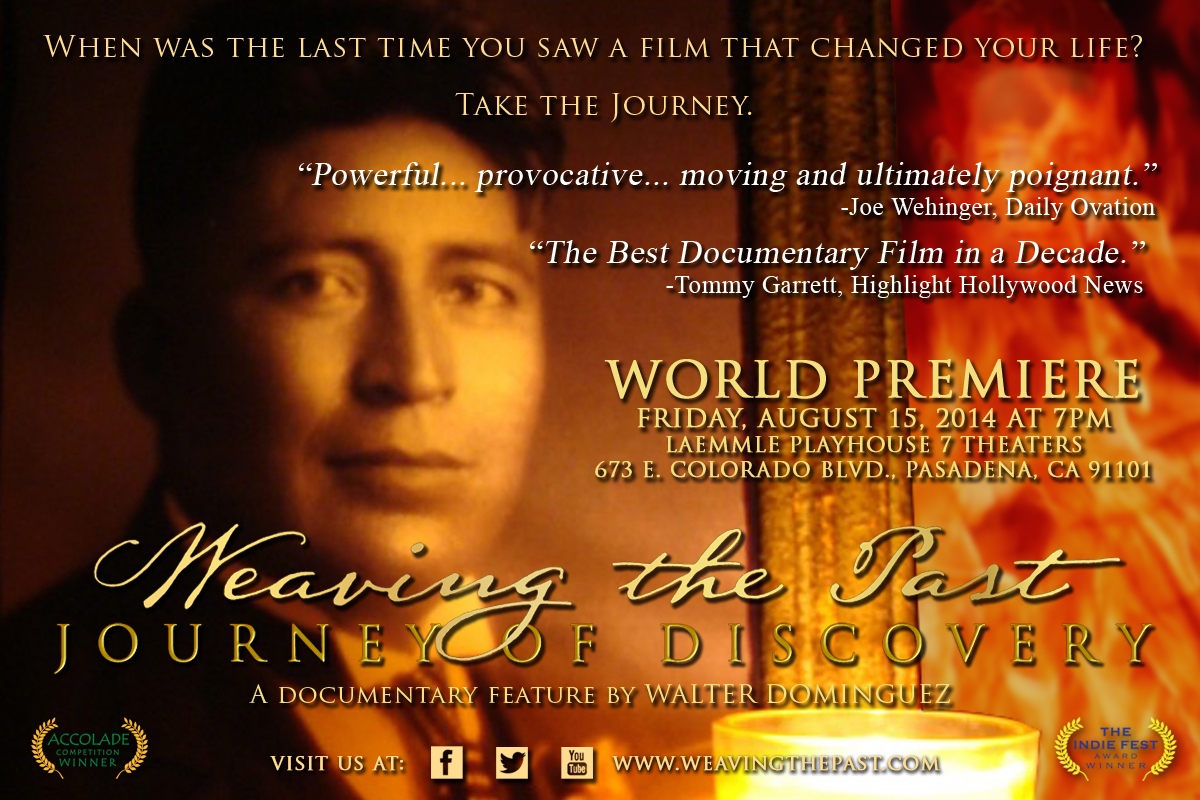 NALIP member, Director/Writer/Producer Walter Dominguez and Executive Producer Shelley Morrison (Chasing Light Pictures, LLC) have announced that their award-winning feature length documentary "Weaving the Past: Journey of Discovery" is set to have its world premiere gala on Friday, August 15, at 7:00 p.m. at the Laemmle Playhouse 7 theater complex in Pasadena, California's historic Playhouse District. "This film is about family, history, heroes, justice and finding meaning in life," said Dominguez. "It's been an emotional and deep process for me that took many years to complete. This film focuses on courageous Mexican immigrants one hundred years ago, but whatever your ethnic background or political stance on immigration, the film reaches your core. Everyone has someone in the family history that has overcome great adversity and acted selflessly and heroically to benefit and help others. This documentary honors that dignity, nobility and courage in our ancestors."

Shelley, who co-starred as "Rosario" on the groundbreaking television comedy series, Will & Grace, said, "This remarkable documentary is garnering acclaim in preview screenings and from critics, and has won awards in international film competitions. We are excited about this film's potential to reach a broad audience."

‘Weaving the Past: Journey of Discovery’ is set to have its world premiere gala on Friday, August 15, at 7:00 p.m. at the Laemmle Playhouse.