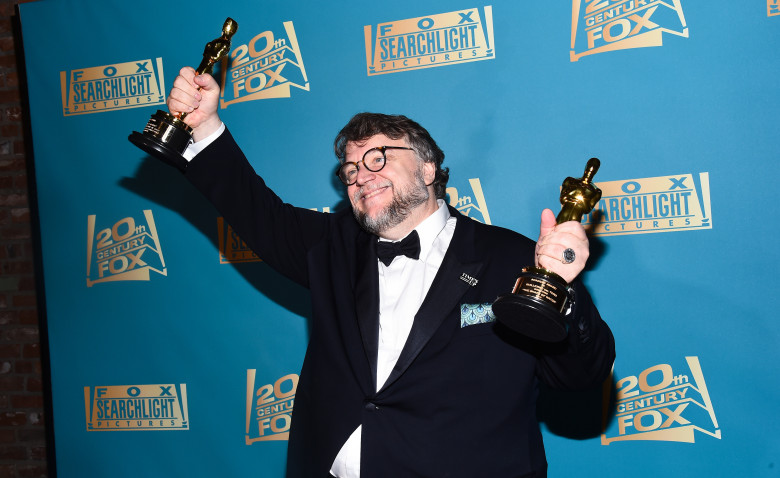 Collectively known as the Three Amigos, Mexican directors Alfonso Cuarón, Alejandro González Iñárritu and Guillermo del Toro are now the Three Oscar-winning Amigos. On Sunday’s telecast, Guillermo del Toro, the genre filmmaker who prefers to tell stories about soulful monsters and monstrous villains, walked away with two of his film’s four Oscars, Best Director and Best Picture. For a filmmaker whose work is more personal than commercial or prestigious, joining his compadres in the winner’s circle was a symbolic win for Latinos so often left outside of Hollywood.

Like the new Hollywood of the ‘70s that gave us legends like Martin Scorsese, Francis Ford Coppola and Steven Spielberg, the Three Amigos’ careers benefited from their collective presence. They each began their road to Hollywood in Mexico with a wave of stylish and poignant movies, dabbling in projects on both sides of the U.S.-Mexican border. González Iñárritu broke out with his multi-layered feature length debut, “Amores Perros,” back in 2000 before making the quick ascension into Hollywood with “21 Grams.” Cuarón made two English language adaptations of classic literature – “A Little Princess” and “Great Expectations” – before returning to his home country and unleashing one of Mexico’s most notoriously popular titles, “Y Tu Mamá También,” in 2001.

Incidentally, del Toro was the first to crossover to the U.S. with his English-language killer bugs movie, “Mimic,” in 1997. However, it wouldn’t be until his fantastical war story “Pan’s Labyrinth” and comic book adaptations of “Hellboy” and “Blade II” that he began to get the attention of Americanos. Not all of his movies found mainstream audiences. After the mis-marketing of the gothic horror film “Crimson Peak,” things looked like they were taking a downturn for the director. News about his stalled or thwarted projects became more common.

Which is why the curious success of “The Shape of Water” has been so exciting to watch. It is a far stranger story than most of his previous creature-filled concoctions – a romance between a mute woman and the fish man from “The Creature From The Black Lagoon.” It’s a love story submerged in a sea of green and set in a prejudicial mid-century Baltimore. How the Academy fell in love with such an odd genre movie, I’ll never know, but I’ll never stop being pleased.

Hopefully, del Toro’s win leads to better inclusion of sci-fi and horror movies and opens more doors for the passionate director and other Latin American and U.S. Latino directors. More than either Cuarón or González Iñárritu, Del Toro helps bring so many other works to screens big and small. He’s a producing force who has helped bring other filmmaker’s work to life, like the horror movie “Mama,” the Day of the Dead-themed animated movie “The Book of Life,” and TV shows like “The Strain” and “Trollhunters.” An Oscar bump for del Toro would change not only his career, but potentially those of other young filmmakers in horror and animation. 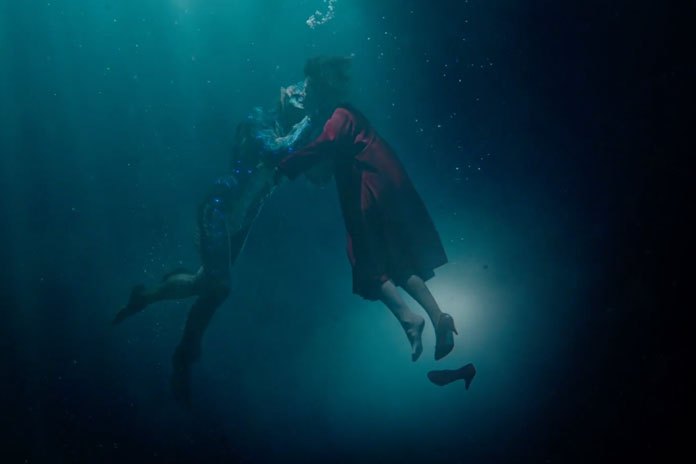 Last Sunday’s show may have not been the most shocking, but for the Latinos watching, it was a moment of hope and pride in what directors like del Toro have been able to accomplish in an industry where we are not welcome. “Coco” winning for both best animated feature and best original song felt like a true crossover success story. Applause is also due to “A Fantastic Woman,” which was the first Chilean film to win an Oscar and gave its trans star, Daniela Vega, an audience of millions around the world.

While it’s satisfying to savor these moments, it’s also important to realize just how much further Latinos have to go to gain equality in Hollywood. Although we had Oscar presenters like Rita Moreno, Lin-Manuel Miranda, Gina Rodriguez, Oscar Isaac, Lupita Nyong’o and Eugenio Derbez, there were no Latino actors up for any acting awards. We’re still largely absent from the technical categories or marquee awards like Best Picture. The city of Los Angeles may be almost 50% Latino, but our presence barely registers off-screen or on in Hollywood.

[Del Toro's win] was a moment of validation – a feeling of belonging in an industry and culture that doesn’t always acknowledge us or makes us into monsters. Watching del Toro graciously accept awards and give a shout out to immigrants meant so much to so many of us. I thought of another one of my friends, Carlos Aguilar, a DACA recipient who was covering the Oscars that night, and what it meant for him to be there for what would become a major night for Latinos in Hollywood. We have far to go — but my, look at how far we’ve come. It’s nights like last Sunday that give me hope our Hollywood dreams are not mere fantasies.

-Monica Castillo is a freelance critic and former staff writer at the The New York Times.