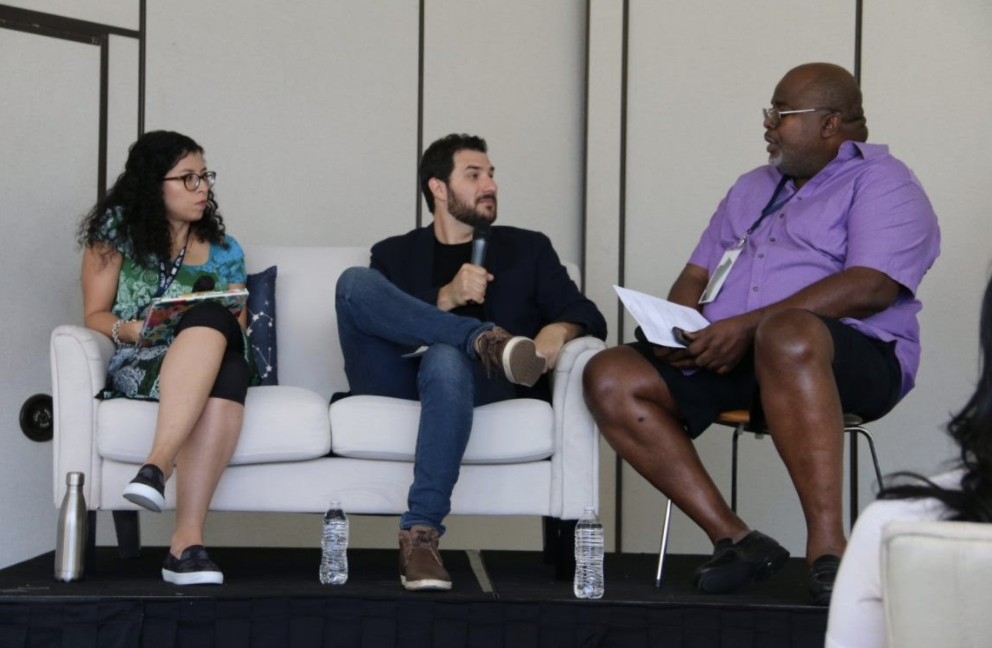 Superhero narratives are powerful cultural artifacts that reflect a society’s values, and because of their major presence in film and television, their role to create a more diverse industry is critical. Aware of this, the National Association of Latino Independent Producers (NALIP) put together a panel moderated by Gil Robertson from the African American Critics Association (AAFCA), where Kalinda Vazquez (Executive Producer of Marvel’s Runaways) and Venezuelan director Joel Novoa (Esclavo de Dios, Arrow) discussed the impact and significance of this profitable subgenre.

For Novoa, who is currently working on a TV adaptation of Richard Dominguez’s comic book El Gato Negrofor MGM Television, superhero stories can serve as vehicles to address relevant issues. “A superhero doesn’t have to be what we understand a superhero to be, the man or woman with a cape that flies around the world. A superhero could be a single mother who struggles with the police because she is being deported.”