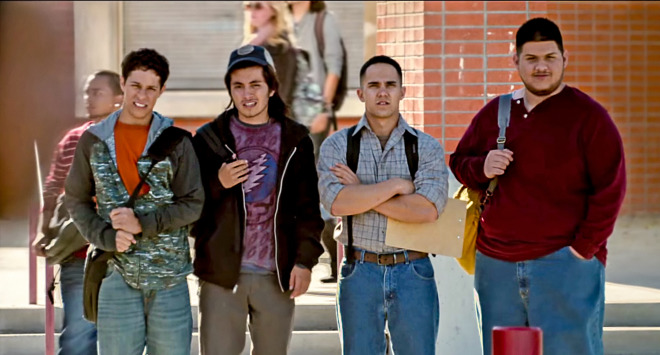 Ten years ago, contributing editor Joshua Davis received a press release that gave him pause. Clumsily formatted and full of typos, the email described an underwater robot competition, funded by NASA, in which four high school students in Phoenix, Arizona—three of them undocumented immigrants from Mexico—beat MIT to win gold. Davis picked up the phone to learn more.

That reportorial instinct turned into the WIRED story “La Vida Robot” (issue 13.04), which mentioned that three of the young men didn’t qualify for federal student loans because of their immigration status. WIRED readers eventually raised more than $90,000 in scholarships for Oscar Vazquez, Cristian Arcega, Luis Aranda, and Lorenzo Santillan.

Now the story of those robot-builders has a new chapter. Spare Parts, starring George Lopez and Carlos PenaVega, opens in January, and Davis is publishing a book by the same titleupdating the kids’ story. “What happened to these guys fascinates me,” Davis says. “It changed their lives.” How? Here’s a preview.

Santillan, whom Davis describes as “the mechanical genius who also loved cooking, an out-of-the-box thinker,” used the WIRED scholarship money to attend culinary school. Now he and Luis Aranda run a catering firm in Phoenix. He’s also a line cook at a local restaurant and moonlights as a mechanic.

Aranda was a US citizen when the group won the contest; today he runs a catering company with Santillan and works as janitorial supervisor for the courts in Phoenix.

Thanks to the scholarship funds provided by WIRED readers, Vazquez graduated from Arizona State University—but afterward he couldn’t resolve his immigration status and returned to Mexico. Then Senator Dick Durban learned of Vazquez’s plight and helped him get amnesty. Vazquez returned to the US, enlisted in the Army, and saw combat in Afghanistan. Today he’s a mechanical foreman for BNSF railroad in Montana. The movie coming out is “pretty surreal and exciting,” he says. “I’m looking forward to seeing it.”

“He was the genius kid, supersmart,” Davis says. Arcega couldn’t finish college, in part because of money; a ballot measure raised tuition for undocumented immigrants. For a time, Arcega worked at Home Depot and now helps with a neighbor’s business. Besides that, “most of my time is spent working on product ideas,” Arcega says.

Check this out at WIRED.com