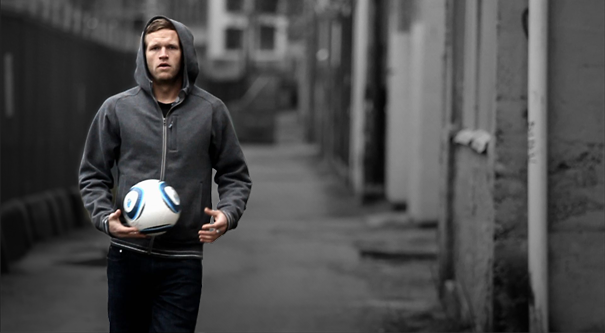 By Shilpi Roy for Film Independent

Peter Broderick, the president of Paradigm Consulting and a guru of the digital distribution revolution, was on hand to moderate a panel about crowdfunding at the 2011 Film Independent Forum. He brought with him the masterminds behind two highly successful crowdfunding campaigns; the team for I AM I an indie narrative written and directed by Jocelyn Towne, and Nick Lewis, co-director of the soccer doc, Rise and Shine: the Jay Demerit Story. Ready to start soliciting money from people you know and people you don't? These tips come straight from the experts!

Make a really really really good video. I mean it, it has to be really good. The director and producers of the film I Am I had set a goal of $100,000 and ended up raising over $111,000! You know why? The director made an extremely fun and personal video that really connected with people she knew and didn't know. When I say "good" it doesn't have to be slick, well-edited, or even clever. It just needs to touch a people on a personal level, something that most internet videos fail to do.

Have a strategy. Ok, this one seems obvious, but all the really successful crowdfunding campaigns had a very detailed strategy that took at least a month to plan out. What is your fundraising goal, what will be your rewards structure, who will you target first? Second? Third? How will you keep your donors engaged throughout the campaign? What is your website going to look like (Yes, you definitely need to make a separate website for your film). If you can plan it out and execute it smartly, you're much more likely to reach your crowdfunding goal.

Who is your audience? This is, of course, part of your strategy, but it's a huge one. Nick Lewis had a fairly easy time of identifying his audience - soccer fans! The producers of the film needed over $215,000 for their film (for licensing, rights, etc) and they raised around $223,000! You'd be right if you said a lot of their donors were European soccer fans. Be smart about who your audience is and market to them. (Marketing is part of the whole strategy-thing).

Pick the Crowdfunding platform that's right for your project. What's the difference between IndieGoGo and Kickstarter? IndieGoGo allows you to keep the money, regardless of whether you've reached your goal - however, they take a larger percentage of the money on the back end. Kickstarter is all or nothing - if you don't reach your goal, all the money gets refunded to the donors, but they also take a smaller percentage of the money in fees. There are a few other differences as well which you will need to research before deciding which one is the best for you, but those are the big ones.

Have a schedule. Make sure you spend the money that you've raised crowdfunding in the same year that you received it! Otherwise things will get hairy on your tax returns, and you may end up claiming it as income and having to pay a lot in income taxes before you even get to use the money!

The best way to figure out how to run your campaign is to peruse both Kickstarter and IndieGoGo. Look for patterns and trends with what works and what doesn't. With crowdfunding taking off in this day and age, you're chances of successfully raising funds will be a lot better if you take the time to research it!