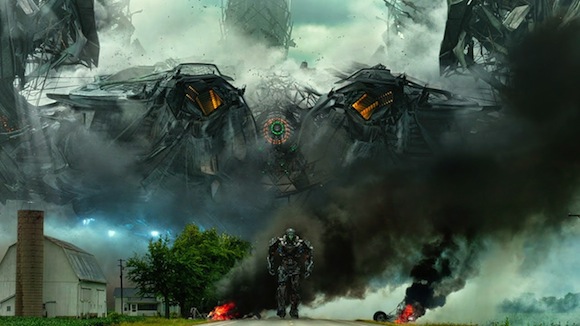 One of the most intriguing questions I get from readers of my movie reviews is: “But did you like the film?” It’s a response that I take as an unintended compliment; it reminds me of the question that I often hear viewers pose to filmmakers at Q. & A.s after screenings: “What were you trying to say?” It’s a question that Spike Lee fielded, at the SVA Theatre last Sunday night, after the première of “Da Sweet Blood of Jesus” at the American Black Film Festival, and his answer was the classic one: It’s for you, as a viewer, to decide.

Of course, in the sway of emotion, it’s hard to resist praise or blame, as well as superlatives of all sorts, when I find a movie exceptionally good or bad. Those markers serve a good practical purpose, simply to exhort readers not to miss a movie that might otherwise pass unnoticed or to caution them not to yield to the hype, even when it comes from other critics. But I never think that it’s unfortunate or a waste of time for a viewer to see a movie that I think is bad. The more viewing, the merrier; trust but verify.

In any case, that’s why the binary scale of good and bad, like and dislike, is essentially pointless. Movies are complex experiences—even those that are simplistic or clumsily made are rich in substance—and sometimes criticism is like the science of medicine, with advances coming from diagnoses of some dread disease that you wouldn’t want to have. No, “Transformers: Age of Extinction” isn’t a model of enlightened thought or cinematic style, but it is—paradoxically, for a movie that’s filled with computer-generated robots—peculiarly alive, animated not by computers but by the character of its director, Michael Bay, for better and for worse.

Eric Kohn, at Indiewire, doesn’t like “Transformers” much, either. But in a notable essay in which he compares it unfavorably to the Argentinian director Lisandro Alonso’s “Jauja” (which doesn’t have U.S. distribution yet) and the South Korean director Bong Joon-ho’s “Snowpiercer” (which opened on Friday, in limited release), he blames the unavailability of these and other movies on Michael Bay’s series:

Collectively, these movies represent an assault on the senses that’s actively fighting against the prospects of a more varied film culture. Whereas the proactive moviegoer aims to see as many new movies as possible, “Transformers: Age of Extinction” argues that you only need to see one.

Every movie makes movie-going a zero-sum game for the duration of a screening: a viewer paying to see one movie at a given moment isn’t paying for another (with the exception of under-seventeens who buy tickets to a PG-rated movie in order to see an R-rated one playing at the same time). But there’s nothing in “Transformers: Age of Extinction” that impedes the viewing of other movies; its assault on the senses is nothing compared to the average arena rock concert.

I haven’t seen “Jauja,” but I’ve seen another Alonso movie that Kohn praises—“Liverpool,” from 2008—and it reflects a much more refined sensibility than Bay’s but not more cinematic imagination than “Transformers: Age of Extinction.” But it’s the refinement, the overtly artistic intentions of that film, that stand out compared to Bay’s, and that are, I think, at the heart of the controversy.

Alonso is, in effect, a classical composer of earnest intent and notable inspiration, and Bay is a rock musician of vulgar but distinctive extravagance. Both are well within the mainstream of their chosen niches. There’s a difference in style, tone, and tradition, and there isn’t going to be a great deal of crossover in their audiences—with the likely exception of critics. On the other hand, as Kohn points out, Alonso is paired with an arts organization that exists to sustain his sort of ambitions—he’ll have a six-week residency at Lincoln Center this fall—and I hope that “Jauja” turns up there, at the New York Film Festival, at the same time. If it’s as good as Kohn and others say, it’s just the sort of movie that the festival exists to showcase.

But complaining about pop driving art out of the market is doubly misplaced in movies, when so many of the classics (ancient and modern) are products of the mainstream industry—whether those of the high-studio era by Alfred Hitchcock and Howard Hawks, Douglas Sirk and Nicholas Ray, or those of today’s independently financed off-Hollywood of Wes Anderson and Spike Lee, Martin Scorsese and Sofia Coppola, David Fincher and Paul Thomas Anderson.

Movies that call attention to their high-art pedigree have no necessary claim on the status that their directors aspire to. Some movies of rarefied aspiration and literary or otherwise classical tradition indeed reach heights of graceful sublimity, and proof of the increased diversity in today’s movie culture is the fact that such movies (including those by Chantal Akerman, Tsai Ming-liang, and Joaquim Pinto) find a place in the world of distribution and exhibition—one that depends, in significant measure, on not-for-profit arts organizations of exactly the sort that such exalted filmmakers as Carl Theodor Dreyer or Robert Bresson lacked during their career-long battles with the demands of commercial producers and distributors.

But there are also aspirational movies—those of the art-house consensus—that feed what might be called “upmarket” or “sophisticated” viewers a pre-packaged set of comforting verities and soothing moods that are, in relation to the rarefied cinema of classical inspiration, what Mantovani is to Beethoven. These movies join a faux-objective aesthetic of ostensibly humanistic realism with comforting, politically liberal enthusiasms to match. The problem isn’t with the point of view (which is one I share) but with its jollying. The large-scale, mass-market demagogy of movies such as “Transformers: Age of Extinction” is no worse than the niche-market demagogy of, say, “Obvious Child.” Both movies appear tailor made to their target audience’s expectations and prejudices.

Yet the mention of Gillian Robespierre’s movie brings up another issue: the American movie market includes a segment that Europe’s lacks—namely, that of independent filmmaking. The ambitious foreign film is a recognized quantity in the festival scene, and the commercial or off-commercial movie is a familiar product—but the independent film is still, for the most part, a peg without a hole. The best independent films (and here I don’t mean the multi-million-dollar, name-star projects of private financiers but shoestring movies, of six figures or much less, financed through Kickstarter or by friends and family or one’s own wages) don’t, for the most part, come adorned with high-art cachet or genre marketability. They’re neither the children of the museum nor of the multiplex, and, after screenings at such splendidly curated celebrations as BAMcinemaFest, their place in the industry is often uncertain.

It’s natural to worry that the colossal success of a tightly formatted movie such as the new “Transformers” will only stiffen the resolve of studios to repeat it, or will only solidify the shapes of existing pigeonholes and sideline unusual and distinctive movies even further. Yet such concern reduces to a mere snobbery of taste, a straw-person diversion akin to an opera house blaming low attendance at a production of “Salomé” on a Miley Cyrus concert. The most audacious low-budget American independent filmmaking is threatened much more significantly by misplaced critical praise for art-house mediocrities than by Hollywood.

Check this out on The New Yorker.