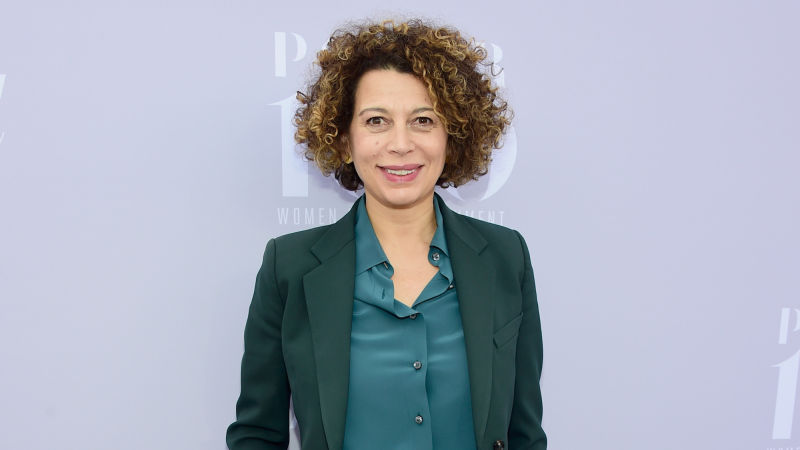 Universal Pictures grossed $6.7 billion at the box office this year in large part due to its studio chairman, a half-Egyptian woman who embraces diversity. When is Hollywood going to understand that is almost always a winning game plan?

Notably, Langley has worked to produce diverse projects and isn’t concerned with the pandering of young white men that gives us shit like five differentTransformers movies:

With films like Compton, Trainwreck and Pitch Perfect, Langley has shown an uncommon willingness to embrace diverse material in terms of race and gender and not to set her sights only on the usual audience demographic: young, white males. Producer Will Packer says Langley didn’t blink at casting the film Ride Along with two African-American leads, Hart and Ice Cube. “She made it very clear she didn’t want this to be a small urban film — urban in the way the industry sometimes compartmentalizes projects,” says Packer. “You have a lot of talk in this town about how things should be handled. She actually gave the film the support it needed financially.” The film grossed $155 million; a sequel is in the works for next year.

She was also able to recognize the potential of Straight Outta Compton, which went on to become the highest grossing music biopic of all time.

Another decision that was all Langley: putting up $30 million to makeStraight Outta Compton. The project had been dropped by New Line, which balked at that budget for a hard-R racially charged movie about the world of gangsta rap. But when its producers brought it to Langley, she saw its crossover potential. “I told her there was no way to make this movie without controversy,” says Ice Cube, whose story (about the founding of N.W.A) is told in the film. “She was, like, ‘I know,’ which is what I wanted to hear. She was down to take whatever licks this movie would bring and didn’t squirm or get squeamish.”

Langley is an unusual bright star in the deep dark abyss that is the condition of women—let alone truly powerful women—in Hollywood. Universal currently has 20 percent of the market share, and this year’s box office numbers broke records. It has been proven time and time again that films starring women and people of color can and do make money when given the chance. Donna Langley clearly has that figured out but, as usual, we’re all still waiting for the rest of Hollywood to catch up.

Check This Out At: JEZEBEL