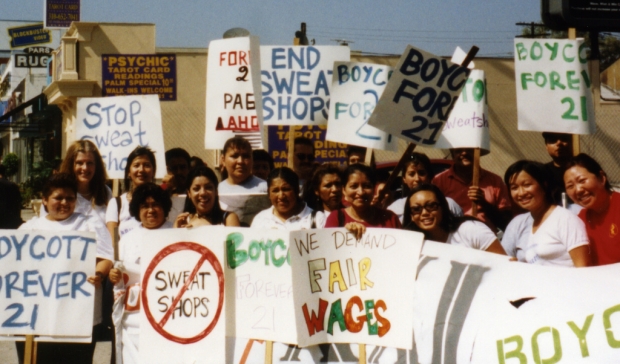 An Op-Ed by John J. Valadez

His bold initiative would assign POV and INDEPENDENT LENS, to premier on New York’s ancillary channel, WLIW, and would have the two signature series’ later re-run outside of prime-time on WNET.   According to Segaller, “By moving POV and INDEPENDENT LENS off WNET for the initial broadcast, and then showing them on WNET in a different time-slot we might increase viewer-ship.”

There may have been people in the audience who agreed with Segaller’s assertion, but I didn’t run into any.

POV and INDEPENDENT LENS represent the vast majority of nationally broadcast work by Latinos on PBS.   If New York moves independent film (and Latino filmmakers) to an ancillary channel, other PBS stations will follow.  The result: our work and our communities will be marginalized and funders will see our films as less important (less impactful) making it even harder to raise money to complete our work.

I mention this not to criticize or critique.  I watch these programs and they really do represent some of the best programming in the nation.   Instead, I mention this to point out how vital POV and INDEPENDENT LENS are to the PBS ecosystem, and how important they are to our community and to an integrated civic discourse in our country.

In truth, they represent the consistent core Latino presence on PBS signature series.

A study by Columbia University released last June called THE LATINO MEDIA GAP: a report on the state of Latinos in the US Media, written under the leadership of Frances Negrón-Muntaner, reveals some stunning statistics:

According to the report, “Latinos had the highest levels of participation in POV and INDEPENDENT LENS, underscoring the importance of both series to diversity on television.”

Below is an unscientific list (off the top of my head) of programs by NALIP members that have aired on POV and INDEPENDENT LENS.  From this work came: an Emmy Award, an Academy Award Nomination, Three Emmy Nominations, and a McArthur Genius Fellow:

By my count that is 42 films (I’m sorry if I missed any) not including Latino themed work produced by non-Latino filmmakers.

If there were ever a time to speak up about why POV and INDEPENDENT LENS are important to Latinos across America: it is NOW.

I urge NALIP members to immediately join INDIE CAUCUS  (http://www.indiecaucus.org/) and work with them to keep POV and INDEPENDENT LENS prime time on WNET in New York.

I also urge NALIP, and its members, to initiate a robust discussion with Public Television about how we can work with them to bring more Latino viewers into the PBS family.  We all have an interest in seeing Public Television thrive and I believe that this discussion should be a critical part of our upcoming media summit.

John J. Valadez is a Peabody Award winning filmmaker, and a founding member of NALIP who has produced three films for POV and INDEPENDENT LENS.  He lives in New York.