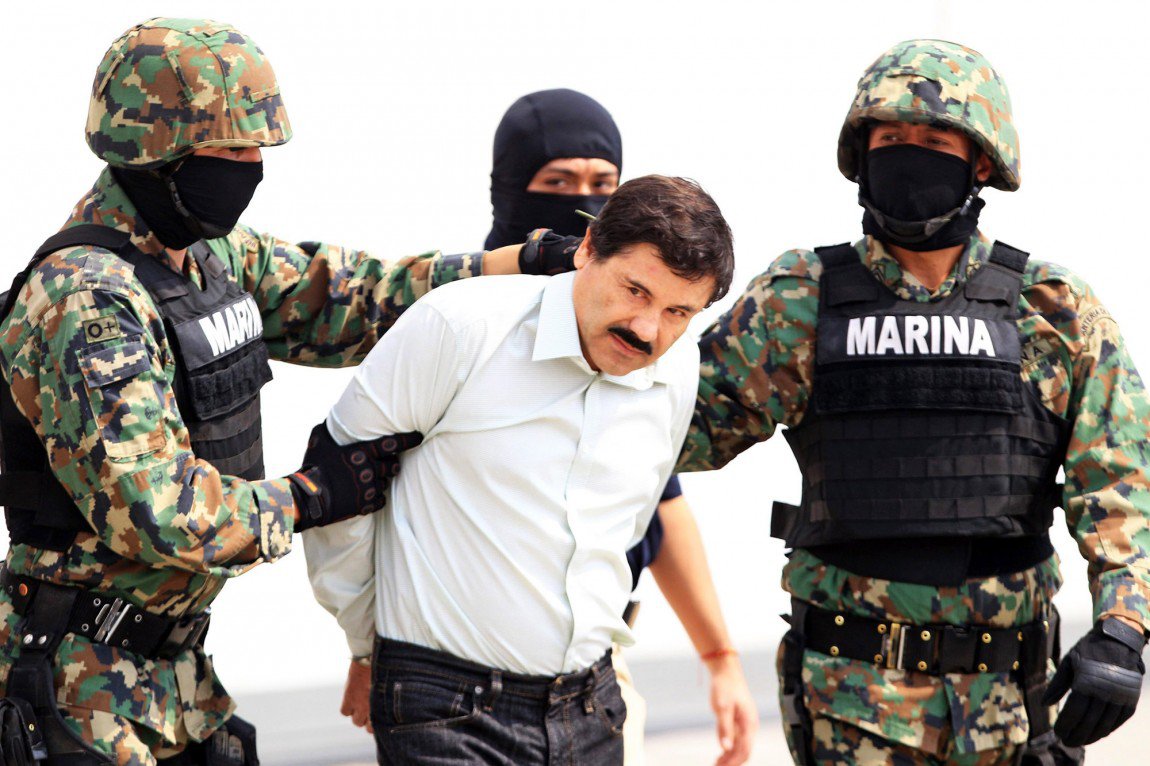 Since Joaquín “El Chapo” Guzmán’s most recent escape nearly one year ago, there’s been a veritable Hollywood gold rush to capitalize on global fascination with the Sinaloa kingpin. As the protracted prison-break drama (or absurdist comedy) unfolded over the summer and into the fall we eventually learned that none other than Kate del Castillo had obtained Guzmán’s exclusive life rights for feature film, closing doors for El Chapo’s many tinseltown suitors but still leaving television wide open. So who would be the first network to break the Guzmán saga for millions of potential viewers across the world? Netflix? HBO? The History Channel?

You guessed it: The History Channel has officially announced development on their “El Chapo” Guzmán-themed series #Cartel, written and produced by none other than Narcos co-creator and showrunner Chris Brancato. Yes, we know there’s a whole lot of metaphorical question marks popping up around your heads right now, mostly because History is the WWII documentary channel, right? And El Chapo’s escape happened last year, which means it does’t have a whole lot to do with history, right? And what’s with the #hashtag?

Well, it seems the nation’s beloved WWII documentary channel is changing gears under a new CEO and jumping into the original content game with a renewed focus on “the recent past,” which means any time up to yesterday. According the Fox News Latino, The History Channel ordered a pilot script from writer-producer Brancato earlier this week. So with Brancato at the helm, who’s to say that this won’t just be another version of Narcos with a slightly lower budget and less Brazilian accents? That’s where the hashtag comes in. According to the seasoned showrunner, the series will explore the relationship between cartels, social media, and global fame while maintaining a firm rooting in the (recent) historical record.

If the #Cartel pilot gets greenlit as a series, we can certainly expect a clever hashtag campaign from their PR department in the weeks before it hits the small screen.