With the Emmy nominations out, we can’t help but wonder who of our favorite Latinx community made it to the list. Although it did not wipe out most nominations, like HBO’s Game of Thrones, there were nomination like that of Ryan Murphy’s The Assassination of Gianni Versace which nominated three of Latinx superstars including Ricky Martin, Penelope Cruz and Edgar Ramirez. America’s favorite composer came back and with just one episode under his belt, Lin-Manuel Miranda was able to snatch a nomination for Guest Actor in a Comedy series for Curb your Enthusiasm, John Leguizamo received a nomination for Waco and Antonio Banderas for Genius: Picasso. 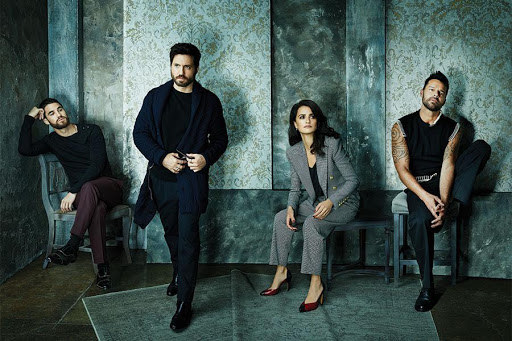 Among the one of the series that was deemed as having been "snubbed" this year is "One Day At A Time," with Showrunner and NALIP Media Summit featured speaker, Gloria Calderon Kellett, regardless expressing extreme gratitude to all of her crew and actors for their support and contributions towards the show's success. Furthermore, Kellett also expressed support for the notion of the Emmy Awards increasing the amount of nominees to 10, which will help bring more recognition to shows and content creators who are often overlooked due to the limited amount of nominations. Melissa Fumero also brought up the notion that although prominent Latinx figures are finally getting the recognition they deserve, she would like to see more Latinx women being nominated, hoping to see "Vida," star and NALIP Latino Media Awards honoree Mishel Prada celebrated for her breakout character portrayal of Emma.

Despite the gradual change of stories we are seeing in the industry, the Latinx community has lengths to go when it comes to being fully recognized. NALIP Latino Media Awards 2014 Lupe Ontiveros awardee and star of Jane the Virgin, Gina Rodriguez, has yet to receive an Emmy and last time John Leguizamo was nominated was 1999, it took nearly 10 years for him to get another Emmy nomination. NALIP acknowledges this gap between representation and recognition of Latinx talent, which is why through workshops, mentorship programs, incubators, and a community that expands nationwide, we are actively continuing to nurture and advance diverse and creative talent. We are seeing the impacts of having representation and characters that we can relate to and be proud of, but the way to see more equal representation on the screen is to have a representation behind the scenes as well. Writers, producers, show runners will make a difference and NALIP is creating the necessary opportunities and programs to launch the careers of more content creators.

Through our signature programs like the recent NALIP Media Summit, Latino Media Market, Latino Lens Incubators, workshop & mentorship series and our upcoming Latino Media Fest and Diverse Women in Media Initiative, NALIP is providing the necessary tools, guidance and showcasing the works to bring more Latinx representation across all media. More than a membership, becoming part of the NALIP community opens doors not only for support for a career in the entertainment industry, but an understanding in the journey each individual endures in achieving their goals.

Check out a few of our programs and initiative at NALIP.org

Congratulations to all of the nominees and check out the full list at Emmys.com

These Are the Latinos Nominated for a 2018 Emmy Award

Let’s get the bad news out of the way first: Gina Rodriguez still has zero Emmy nominations to her name (thankfully her FYC money went to a good cause this time around). One Day at a Time couldn’t crack any of the top categories (no, not even for living legend Rita Moreno). Roberto Aguirre-Sacasa’s teen soap Riverdale was nowhere to be found. Ditto for Queen of the South, Narcos, and On My Block, all shows with Latinos both in front and behind the camera doing solid work. Indeed, if you caught Samira Wiley (The Handmaid’s Tale) and Ryan Eggold (The Blacklist) announcing the nominations for the 70th Primetime Emmy Awards, you heard no single Latino name. If this sounds familiar it is because this is basically what we bemoaned last year. And the year before. So, while it’s not surprising that the Television Academy can’t quite shed a spotlight on these Latino-centered stories, it is just as dispiriting.