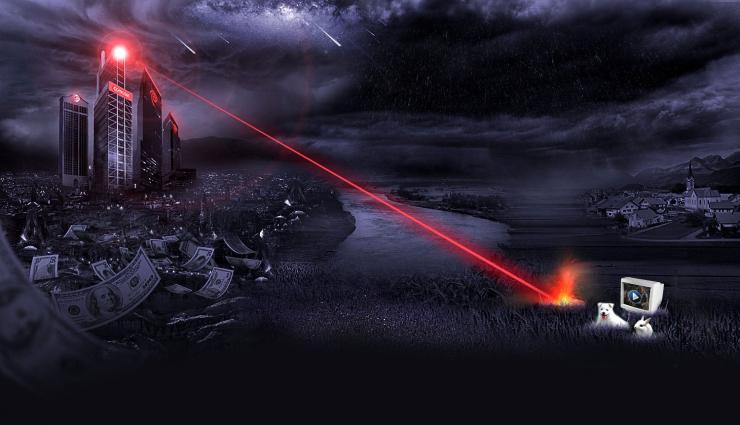 If you came across that dreaded spinning wheel of death as you visited your favorite sites today, it was thanks to Internet Slowdown Day, a day to show internet users what life online could look like without net neutrality. The call to action has been made, and it's not too late to get involved.

Hoping to make it vehemently clear to the FCC, Congress, and the White House that the end of net neutrality could mean the end of the internet as we know it, sites like Netflix, Vimeo, Kickstarter, and VHX (just to name a few) are participating in displaying a loading icon alert on their home pages to show users what it could be like if ISPs were given the power to slow down or speed up certain sites. At the forefront of Internet Slowdown Day is Battle for the Net, a movement that is giving users the opportunity to sign a citizen letter to lawmakers about their concerns for the future of the internet -- nearly 5 million people have already signed up. On their website they say:

We believe in the free and open Internet, with no arbitrary fees or slow lanes for sites that can't pay. All of the people, companies, and organizations below have taken a stand for "Title II reclassification," the only option that lets the FCC stop Team Cable from breaking the key principles of the Internet we love.

Kickstarter has also been very vocal and very clear about their stance on the situation. Posting on their blog today, they said:

We’re speaking out against the FCC’s draft Internet regulations that would allow cable companies to create a two-tiered Internet, divided into fast and slow lanes. These proposed rules would stifle innovation, discourage creativity, and destroy the Internet that we know and love.

Don't know what all the hubbub is about? Check out our write-up on net neutrality here. Also, here's John Oliver to explain it and the issues concerning it.

What does this have to do with filmmaking? A lot. Considering the fact that streaming services are quickly becoming the way indie filmmakers get their content to their audience, it's deeply concerning to think of a future where the internet is no longer a democratizing platform. For instance, if certain deep-pocketed content companies are given preferential treatment over others, smaller indie streaming/curation services like VHX, Reelhouse, and Yekra could seriously suffer. We could potentially see blockbusters -- films heavily invested in by said content companies -- being streamed in pretty HD, while indies suffer through choppy and pixelated SD. Essentially, your content could suffer being put into the slow lane of the new internet, while other content is rushing past yours in the fast lane.

The internet has been instrumental in making it possible for indie filmmakers to show their work to the world -- for most of us it's the only place where our films will ever be seen. It's a place where content is made equal in terms of accessibility, regardless of traffic. If the internet is no longer neutral, it only becomes yet another door through which we don't have access. And if we don't have access (to an audience), or at least an adequate amount of access, what will become of our work? If all of our hard work, all of the time and money spent, all of the sacrifices we've made in order to create content for a potential audience is brought down by a loading screen that wasn't there before -- what then? As filmmakers, we're only just now beginning to enjoy the digital revolution. Don't let it be cut short.

Final comments are due to the FCC by September 15. Check out Battle for the Net for more on the fight for net neutrality.