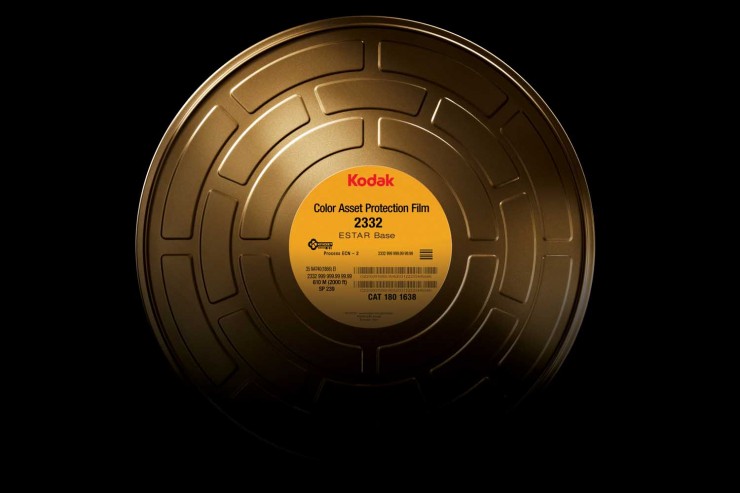 Even though there is clear evidence of the mass exodus from celluloid to digital, especially for indies, that doesn't mean that the use of film is dead. In fact, Kodak and the six major Hollywood studios are seeing to it that this doesn't happen.

Many Hollywood directors have lobbied and voiced their concerns about why we have to save film, including Martin Scorsese, Quentin Tarantino, and Christopher Nolan, and now the studios are jumping on board. This is certainly good news for Kodak, which has gone through some tumultuous times in the last several years -- reporting only one profitable year between 2004 and 2012, the year they finally had to file for bankruptcy. However, now that they have fought their way out of financial hardship, this agreement with the Big Six (are we calling them that now?) certainly seems to ensure that the future of not only the 127-year-old company is a promising one, but that of film stock as well.

With the support of the major studios, the creative community can continue to confidently choose film for their projects. We’ve been asking filmmakers, what makes a project ‘FilmWorthy.’ Their responses have varied from the need for its exceptional depth to its distinctive grain, but overwhelmingly, the answer is ‘the story.’ They need film to tell their stories the way they envision them, and hold a strong desire for it to remain a critical part of their visual language. Enabling artists to use film will help them to create the moments that make cinema history. The agreements announced today are a powerful testament to the power of film and the creative vision of the artists telling them.

Of course, telling your story on film stock is a very expensive decision -- one that no indie filmmaker takes lightly. That somehow natural, organic look of film grain and the richness of the color is still an aesthetic that digital chases like it's a purple dragon, but the cost of producing a film on celluloid poses financial and technological restrictions that many filmmakers are forced to (or would rather) avoid.

However, the value of the existence of celluloid can be measured just by seeing how much of our medium's history is exposed onto it. We make, see, and love films, not digitals. That doesn't mean that every single movie should be made on film -- again, it's often too costly for indies, but every filmmaker should have the chance to work with it at least once.

Film has long been -- and will remain -- a vital part of our culture. With the support of the studios, we will continue to provide motion picture film, with its unparalleled richness and unique textures, to enable filmmakers to tell their stories and demonstrate their art.

Even if you don't have plans to shoot your next project, or any of them for that matter, on film, Kodak's agreement with the Big Six keeps that option secure for many years and many filmmakers to come.