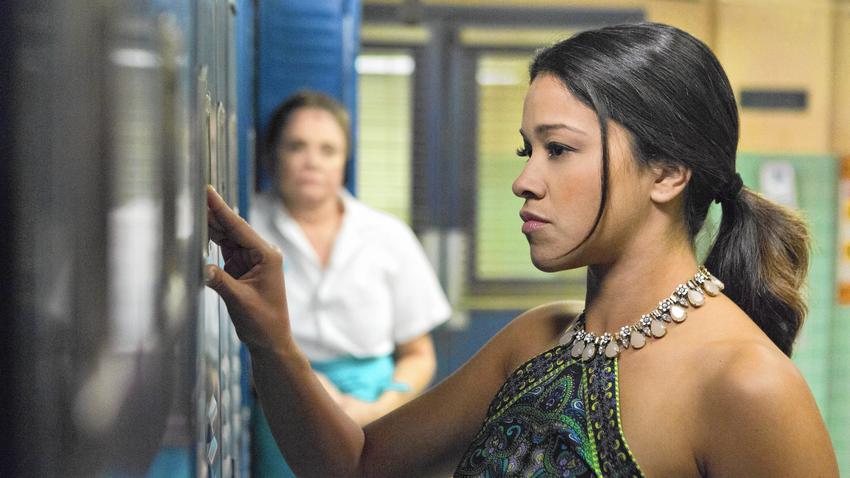 "Jane the Virgin's" Gina Rodriguez may star in a TV show based on a Venezuelan telenovela — and her character may devour Spanish soaps with her abuela — but when she was growing up in Chicago, the programs she plopped herself in front of the tube to catch were apple pie sitcoms such as "Growing Pains" and "Family Matters."

"I lived for those shows," says the 30-year-old actress, who won a Golden Globe for her leading role in the popular CW series. "I didn't grow up on telenovelas."

That presents a challenge for Spanish-language networks in the United States. Rodriguez, of Puerto Rican descent, is part of a generation of bilingual millennials who are gravitating away from the torrid love stories and brassy variety shows that have been popular for decades on Spanish-language TV.

Univision calls this generation "billennials." And they increasingly consume their media in English.

It's a shift that Spanish-language networks have seen coming for some time. Billennials now outpace immigrants, long the core market of Spanish-language media, as the main source of growth for the Latino population.

Univision may be sitting pretty as the fifth-largest U.S. broadcaster with 2.8 million nightly viewers, and Telemundo has a nightly average of 1.4 million viewers, but the two networks recognize that if they want to maintain their hold on the coveted Latino market they need to actively court billennials.

"U.S. Hispanic millennials really have the best of both worlds right now," says Telemundo President Luis Silberwasser. "They have their choice of the best programming, regardless of language. What that requires for us in finding success is innovation — the kind of innovation that the Spanish-language marketplace has never seen before. It's been a market that for decades has programmed the same way that it always has been, in a very traditional way."

Bit by bit, however, time-honored telenovelas and kitschy game shows are rubbing elbows with programs characteristic of English-language hits. That means more reality series, including an upcoming Spanish-language version of "Big Brother" for Telemundo, and music shows such as Univision's "La Banda" from Simon Cowell, featuring Ricky Martin, Alejandro Sanz and Laura Pausini as judges.

Telemundo's "La Voz Kids" wrapped its third season at the top of Spanish-language ratings. Meanwhile, established, older-skewing shows such as Univision's 53-year-old "Sabado Gigante" are being shown the door.

Even telenovelas and their classic rags-to-riches storylines are changing. So-called narco-novelas, centered around the drug underworld, have emerged in recent years. And on the heels of Fox finding gold with the musical soap "Empire," Telemundo will roll out two musical dramas based on the lives of popular Latin America singers Celia Cruz and Juan Gabriel.