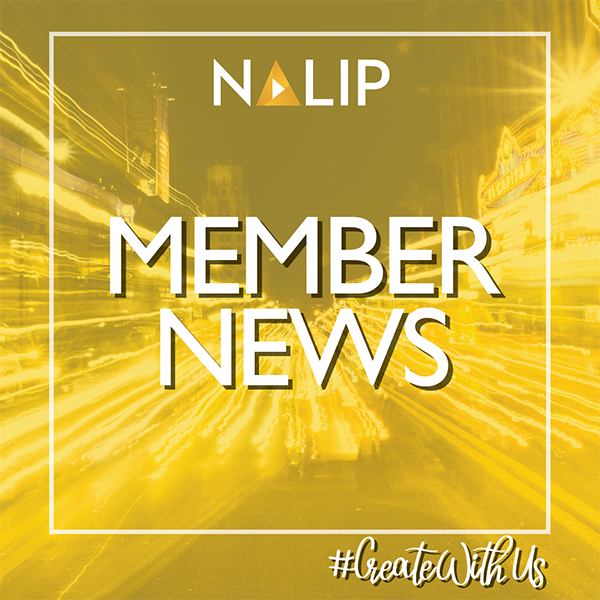 Congratulations to a NALIP founding member and former board chair Frances Negrón-Muntaner, who has exciting news regarding her film ‘Brincando el charco’ and some upcoming projects and events to keep an eye on!

The Academy of Motion Picture Arts and Sciences (AMPAS) in Los Angeles has decided to preserve Negrón-Muntaner’s second film ‘Brincando el charco: Portrait of a Puerto Rican’ (1994) and begin “The Frances Negrón-Muntaner Collection."

A powerful mix of fiction, archival footage, interviews and soap opera drama, ‘Brincando el charco’ tells the story of Claudia Marín, a mediamaker attempting to create a sense of community in the U.S. Confronting the simultaneity of both her privilege and her marginalization, ‘Brincando el charco’ is a meditation on class, race and sexuality in late twentieth-century America. Though some see the film as a documentary, Negrón-Muntaner describes it as an experimental narrative or visual essay where the protagonist reflects on her "sexilio" or queer exile, the racism between and toward Puerto Ricans in the U.S., and colonialism. The Independent Television Service (ITVS) was the main funder of the film, with funds provided by the Corporation for Public Broadcasting (CPB).

The preservation of ‘Brincando el charco’ is significant. Most of the films archived and incorporated into film history are produced by Hollywood and have little diversity. With this gesture, The Academy of Motion Picture Arts and Sciences recognizes the importance of independent filmmaking to world cinema. The acquisition also advances the notion that women, members of the LGBT community, Puerto Ricans and other Latinos have contributed to the film cultures of their countries, the U.S. and the world.

In addition, the Visible Poetry Project just released Negrón-Muntaner’s long-awaited video featuring poetry legend Tato Laviera reflecting on 9/11, ‘Innocence Nevermore.’ Michelle Cheripka, executive producer of the series hailed the film as “a beautiful rendering of a compelling performance. As the poem and its visualization unpack the legacy of an extraordinary poet and the myriad faces of a national trauma, it is as relevant today as it was fifteen years ago.” The Visible Poetry Project partners thirty filmmakers with thirty poets to create visual interpretations of original and classic poems. During the month of April, the project releases one short film interpretation of a poem per day in celebration of National Poetry Month. More information can be found here.

Negrón-Muntaner will also be premiering ‘The AlterNative Course,’ today April 14. Produced as part of the Media and Idea Lab that she founded at Columbia University in 2012, the documentary short shows how a group of Native American students at Columbia turned their alienation with higher education into a successful program to combat high school dropout rates and better prepare Native students for college. Having learned that 83% of Native students do not graduate from college, “doing nothing was not an option.”

The film’s trailer can be seen at http://www.cser.columbia.edu.

We are excited to hear about the amazing work done in our NALIP community and see Latinx creators having an impact in the industry. Congratulations on all your accomplishments Frances, and we look forward to hearing more about your future endeavors!