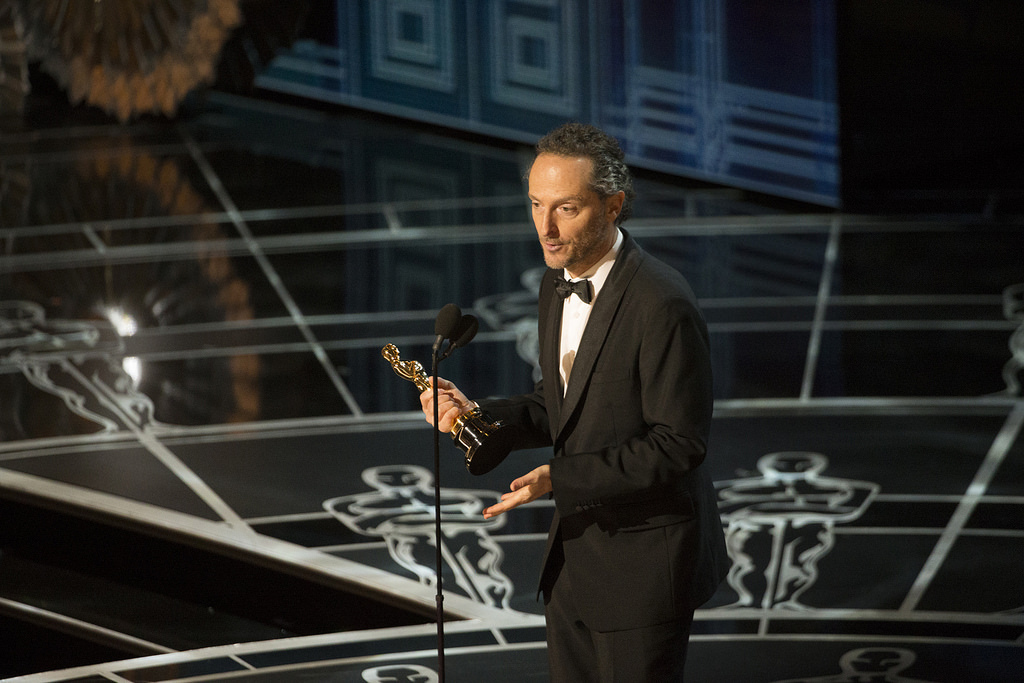 The 2015 Academy Awards marked the second year in a row that Mexican filmmakers have taken home the Oscar for Best Director and Best Cinematography. On Sunday,Birdman director Alejandro González Iñárritu took home this year's Best Director and Best Original Screenplay awards. Last year Alfonso Cuarón won Best Director for his work on Gravity. To top it all off, the director of photography on both Birdman andGravity, Emmanuel Lubezki, scored two consecutive Academy Awards for Best Cinematography.

Iñárritu, Cuarón, and Lubezki, along with fellow Oscar nominees Guillermo Del Toro (Pacific Rim), Guillermo Navarro (Pan's Labyrinth), and Rodrigo Prieto (Brokeback Mountain) are all part of a generation of Mexican-born auteurs who have managed to make their mark on Hollywood. The origins of these goddamn gifted Mexican filmmakers can be traced back to 1988, with the premiere of La Hora Marcada (The Marked Hour), a Mexican television anthology series devoted to tackling experimental horror, science fiction, and urban legends from Latin America. Think of it as the Mexican answer to The Twilight Zone and a predecessor to Black Mirror, Charlie Brooker's episodic sci-fi sensation. La Hora Marcada had only one recurring character: a "woman in black" with a large hat and veil who wouldn't seem out of place on today's American Horror Story.

Cuarón started as an assistant director on the TV show, and Del Toro worked in special effects and makeup. The two young filmmakers bonded quickly over their creative differences after Cuarón directed his first episode for the series based on a Stephen King short story.

According to Cuarón, Del Toro called him up after watching his episode and bluntly criticized his adaptation. "If the story is so good, then why is your episode so bad?" Del Toro asked. If egos had played a role, the quip might have soured the two men's working relationship. Instead, Cuarón and Del Toro began a creative partnership that has lasted almost 30 years.

"I'll tell him if it's [garbage]," Del Toro told the Los Angeles Times. "That's what friends do."