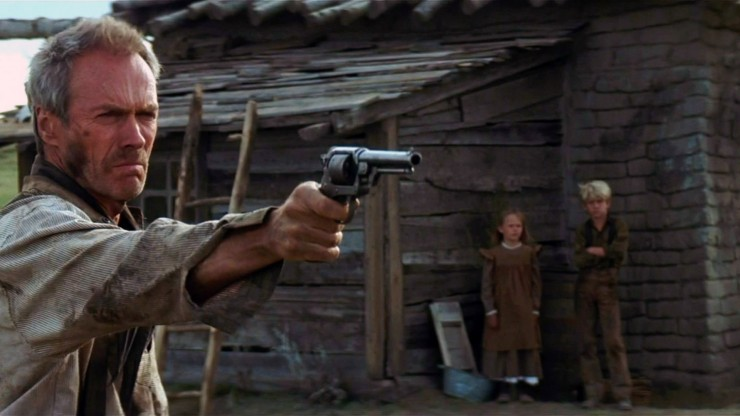 What does the writing behind film's most successful characters have in common?

While artificial intelligence has been busy identifying the most successful story arcs in film, I’ve been focused on the one thing that algorithms will never understand: human characters. In particular, I’ve found three ubiquitous yet distinguishing features that all compelling characters share in successful screenplays and films.

Distinction is whatever makes your character different and unique to the audience. Although it may seem that people gravitate toward the comfortable and familiar, I’d argue that we’re actually predisposed to the concept of distinction without being conscious of it. People by nature are organically drawn to anything that is new or different—sights, sounds, experiences, etc.

This psychology also plays out with respect to the characters in our screenplays. Distinction within a character is what piques our interest and causes us to want to know more about the person. It’s the unconscious prompt that draws us into their world. And it can come in many different forms. It can be a specific personality, a contradiction, a talent, an aspiration, an idiosyncrasy, a job, a character flaw, or an amalgam of several things. Ryan Gosling’s character in Drive is a terrific example of this at play. He’s a Hollywood stuntman who moonlights as a getaway driver. That unexpected twist is what made him totally distinctive to us as an audience. It’s what draws us to him right from the get-go and generates the requisite intrigue that aroused our interest in him as a unique individual.

Or take Steve Carell’s character in The 40-Year-Old Virgin. His distinction lies in the title itself. A normal, kindhearted man who hasn’t had a sexual encounter, not for some specific personal or religious reason, but because he just gave up trying, is curiosity Valhalla. It compels us to want to know more about him as a character.

Or think about Clint Eastwood’s character in the Academy Award-winning film, Unforgiven. He’s a former outlaw and killer who has been transformed by marriage. Being a repentant murderer trying to do right by his children by collecting a bounty, coupled with his violent past, is an aspiration and backstory that coalesced into a truly distinctive character. One that coaxed us into the story and caused us to want to know more about him.

People connect with other people through empathy. Our innate ability to sense other people’s emotions, as well as to imagine what someone else might be feeling, is hardwired in us as a species. When we see a child crying tears of joy as they reunite with their returning military mom or dad, and we notice ourselves choking up, that’s empathy. When we see someone struggling with a problem and feel a need to help, that’s empathy.

Empathy is what moves us to share in another’s struggle, to really see the world through their eyes. It’s our capacity to identify with the feelings and concerns other people have. It allows us to look at others and feel that they are somewhat like…well, us. Steve Carell in 'The 40-Year-Old Virgin'

Let’s go back to our example characters, starting with Ryan Gosling in Drive. His desire to help his neighbor out of a violent situation, despite the fact that he’s falling in love with the man’s wife, is something we can empathize with. That sacrifice and emotional duality is what causes us to relate to him as a human being and creates a personal connection with us as an audience.

After learning that Steve Carell’s character in The 40-Year-Old Virgin is, in fact, a virgin, his friends rekindle his desire to get back into the game again. However, he wants more than sex; he’s looking for companionship. And that’s a universal human need that we can all relate to. It’s what produces an empathetic connection in us as an audience.

Externally, Clint Eastwood’s character in Unforgiven desires to provide a better life for his motherless children by doing one last killing and collecting a bounty. This allows us to easily empathize with him. Internally, his fear of collecting a bounty by having to kill two cowboys, which in turn might cause him to revert back to being the man he used to be, generated an additional level of connective empathy. The power of empathy is evident in that we still empathized despite the fact that he was a known thief and murderer.

A character’s impetus is defined as the “why” behind their desire; it’s the thing that is personally motivating them to attain that desire.

As mentioned above, Ryan Gosling’s desire was to help his neighbor out of a violent situation, despite the fact that he’s falling in love with the man’s wife. So what’s his impetus? What’s personally motivating him to want to attain that desire? What’s his “why”? The answer lies in a key scene where Gosling had dinner with the neighbor, the neighbor’s wife, and their young son. It’s here Gosling sees a hint of happiness in the man’s wife as her husband reminiscences on how they became a family. This is when we as an audience realize Gosling wants the man’s wife to be happy, but he recognizes that part of her happiness lies in wanting to keep her family together because her son loves his father. And that’s the personal motivation that causes us an audience to invest in Gosling’s character.

Steve Carell’s Virigin character wanted to get back into the game in hopes of finding companionship. So what’s his impetus? It’s rooted in the fact that he’s been alone for so long that he’s filled his world with inanimate man-child objects in order to make his life happy. Except he has no one to share his stuff with. His only friends are an old couple he watches Survivor with. The desire for more intimate companionship is the impetus that drove him to get back in the game. It’s what endeared us to him and made us invest in his story.

In Unforgiven, the desire of Clint Eastwood’s character was to provide a better life for his motherless children. His impetus is both simple and thoughtful enough for us to invest in. Like most parents, he wants his children to have a better life than he had—and a better life than they’re currently living, eking out a struggling existence on a tiny, failing, pig farm in the middle of nowhere.

Distinction, empathy, and impetus are the psychological cornerstones in crafting a compelling character with emotional resonance. So as you begin to develop your character, keep in mind: Distinction draws the audience in. Empathy makes the audience relate. And Impetus keeps the audience invested.