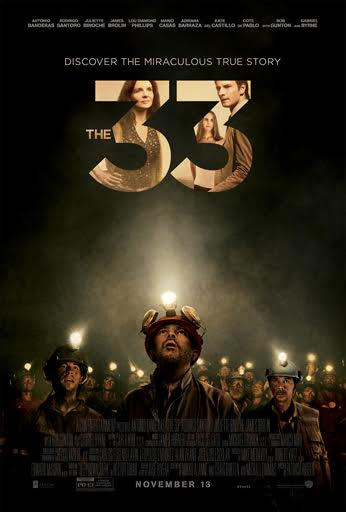 Based on the real-life event, 33 miners were trapped for 69 days in a gold/copper mine that collapses, their compelling story gets retold by Mexican director Patricia Riggen. Riggen tells the story of the 33, engaging the audience and recreating the experience of the miners. From Guadalajara, Mexico Riggen is no stranger of representing a minority, being one herself in a male dominated field. Best known for her film Bajo La Misma Luna, which won the ALMA and Young Artist Award, among others, Riggen could be in the run for the first Latina director to be nominated for an Oscar.

Riggen is a strong advocate of Latino storytelling, we talked her on that and her journey as a Latina director. 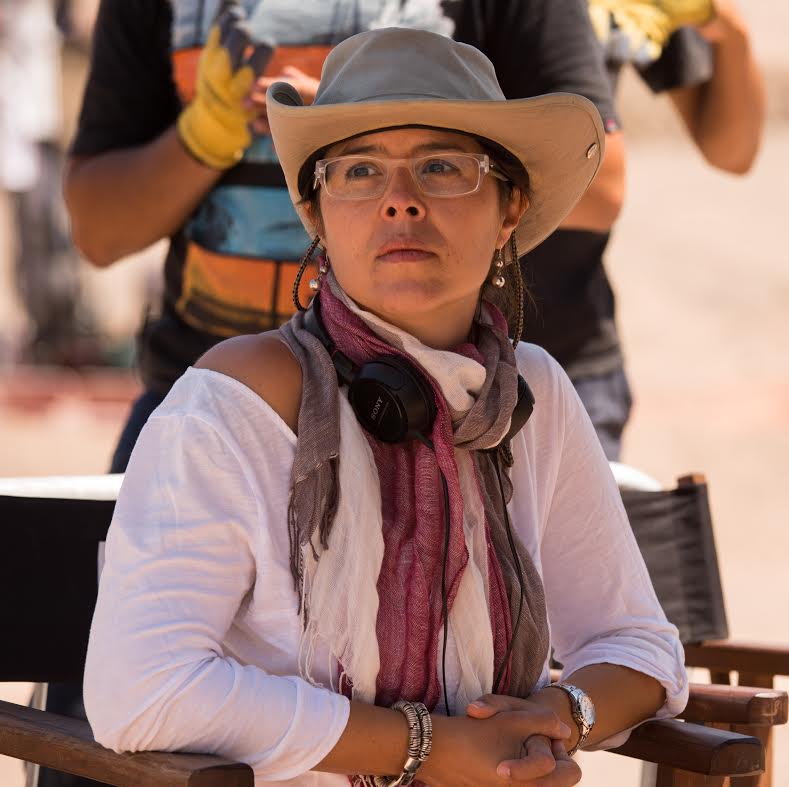 Since the success of "Bajo La Misma Luna", you were approached for various films for you to direct. What is it about The 33 that made it the right story for you to tell at this particular time?

Well, you know I'm a big promoter of Latin story and I think this one was one of the biggest of all. One would think because of that it would have been easier to get made and to get financed , but on the other hand it wasn’t. Latino stories, Latino casts and Latino movies are still difficult to get made in Hollywood, so it was a big challenge and I'm just thrilled with the fact that we are going out with twenty-five hundred screens. I don’t think that there are other movies that have that wide release so for me from Bajo la Misma Luna to this, is a huge step in the right direction, trying to get those movies made, trying to get them to the big screen and getting them seen by all Latinos in the US.

The film was shot in a real salt mine in Colombia, what was the most difficult aspect of getting this film done and being in a place where the 33 men were so vulnerable, what will resonate with audiences the most?

There were many challenges. The first one was staying truthful to the real story and the real cast because it's easy to stray away to make it more entertaining or scary but I just really wanted not to present a inspired by this event but really the movie of this event as it was to the eyes to the words, was a challenge because we have to stay true and we have to be like a movie that is two hours long. So it has to do with how do we condense 69 days, how can we condense that number of casts. There were many decisions to be made every day, so that was one. The second one was telling the story that people know what the output is, they know how it ended, and it is a happy ending, so how do we keep people engaged and intrigued throughout the story. Fortunately, I have a lot of stories, a lot of anecdotes and a lot of moments to draw from to create that tension. The difficult thing was what to leave out, that was another ever present challenge.

You have worked with accomplished filmmakers in their own right, Eva Mendes, Eugenio Derbez, Kate del Castillo, Ligiah Villalobos and Producer Mike Medavoy. How did you manage an international ensemble cast like the one we see in The 33.

It was fascinating, I think we have the opportunity to tell our story to expand our borders, so it was a beautiful thing to have all. I just really follow my heart and ask for the best actor I could for each of the role and also see who was available and willing because there wasn’t a lot of money, it was a very demanding schedule and very long and there's small screen time, little screen time for a movie star.

In 2008, you were awarded the Stella Award. What role do organizations like NALIP play in the development of emerging filmmakers?

Hugely important for Latino filmmakers in the U.S because we are still underrepresented and difficult to get our stories on the screen, organizations share the same common background .

I think NALIP is hugely important for Latino filmmakers in the U.S. Firstly, we are still under represented ,it is very hard to get our stories through and it's just part of these organizations that is going to keep us going and strong and together. I think the unity of all Latinos is a very important thing but I think organizations like that, achieve that. It's not about your origin, we all share a common background and we have to stay stronger together to accomplish things.

What is something you didn't know as an up and coming filmmaker that you wish you knew to enlighten our NALIP community and emerging filmmakers.

In a way, not knowing helped me, because if I knew how hard it was, I may have not taken on a lot of these challenges. I have to say because it is challenging to make movies in Spanish, it’s challenging having Latino faces on the screen, it’s challenging, everything about it is challenging. In my ignorance I was naïve enough to throw myself under Bajo La Misma Luna , and I think that is the way to go. We shouldn’t stop at the obstacles because otherwise it will never be easier. We will always be Latino, we are always going to have the background and the experiences because they are unique and different from the others, and why not use it and tell our story. We just need to keep going. We just need to keep going.

I think, one of the things we need to explore with NALIP and other organizations is what the African-American community have accomplished in the U.S. They discovered their audience and ever since the African-Americans have made their own movies and always make money and therefore they have no studios questioning it and they are releasing movies every month, and every day. We haven't achieved that . One of the important things as Latino filmmakers is to keep up the idea of community because if we aren't able to reach our own community to support us, we are never going to get it , we are never going to have what the African American industry, film industry has, which is a place. We still don’t have a place in the industry and we have to fine tune it to the audience . So those connections are very important and organizations like NALIP need to expand to the community as an audience member and ticket buyers to support our stories . In order to really succeed in our industry we have to do that, but we haven't. It’s the only way we are ever going to succeed.

What is next for Patricia?

I'm just finishing shooting a movie. I'm in the editing process of a movie called Miracles from Heaven that I shot for Sony Pictures. It’s a movie with Jennifer Garner, Queen Latifah, and Eugenio Derbez. I was working on the script and found that the character happened to be Mexican, and this character happened to be a doctor, a pediatrician who is the best in the US, and just seeing that he was Mexican just made me think that this is the time...let’s make a big deal of it because we are always portrayed negatively in movies. I need to highlight this character especially in the Trump phase that we see. So I called Eugenio and I said let’s go for it and he signed on immediately and I got him on board and it’s a free character. For him and for me, the most important thing is to be bringing positive characters to the screen that are Mexican or Latin to change those perceptions.

The 33 in Theaters November 13