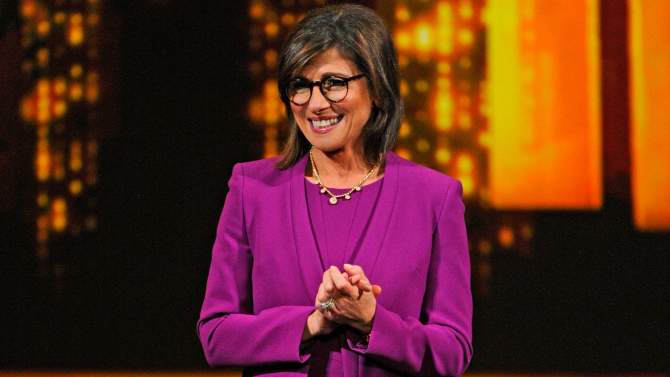 “As long as we’re monetizing our content… we still win at the end.” That’s the message that CBS Entertainment chairman Nina Tassler had for reporters Monday at the annual Television Critics Assn. press tour in Beverly Hills.

As network executives grapple with an ever more competitive marketplace, Tassler said networks owning shows is key to their success, because it gives them control and flexibility in on-demand licensing and international sales that have become so crucial to profitability. “One of the things that’s key to our business model is our prime position,” she said. “Ownership puts us in a prime position. You go into making the best shows you can. That helps you monetize.”

Citing the additional viewers CBS gains for shows like “The Good Wife” and “Scorpion” on iTunes and SVOD, Tassler said that reflects growth that they’re getting paid for. “We want to be wherever people want to watch, it doesn’t matter if on TV or tablet or phone,” she said. “It’s a crazy new world where our customers are also our competitors. The truth is we’re all part of one big content universe.”

What matters then to her is that viewers come to identify CBS as a brand. “We’re all buyers and sellers as a network and a studio and more importantly as a brand,” she said. “More people watching CBS now than were watching 11 years ago.”

Tassler said that CBS is facing a “seminal moment in latenight,” with Stephen Colbert poised to take over the 11:35 slot next month. Praising him as a “once in a generation talent,” she said, “he’s the smartest guy in the room” and promised he’ll deliver interviews of substance.

“We’re coming into an election. Who are you going to want to hear from? It’s going to be Stephen,” she said.

She also singled out the performance of James Corden’s “Late Late Show,” which she said has “blown past our expectations.” While ratings still matter, she pointed out that digital footprint carries significant value — acknowledging the impact Corden has made with his “Carpool Karaoke” and other video efforts.

But what’s important to the network is that for the first time is that CBS will both own and produce both of latenight skeins. “We are now owners, not renters,” she said.

As for the Emmy nominations, Tassler acknowledged that she was disappointed at the network’s shutout in the best drama and comedy series races. “Boo, boo, boo, boo, boo,” she said. “You know, look, I’m bummed. What can I tell you? I think we have phenomenal performances, great writing, great directing.”

She also dismissed any questions about the finale of “The Good Wife,” in which stars Julianna Margulies and Archie Panjabi shared a scene through digital wizardry amid rumors that the actresses have had a falling out and haven’t been on screen together in several seasons. “I’m not going to reveal movie magic,” she said. “I’m standing behind how Robert and Michelle King produce the show.”

Tassler said she was still happy with the network’s summer strategy, pointing to the network’s pickup of “Brain Dead” from the Kings as proof of their commitment.

She was also pressed about the decision to add two new single-cam comedies for the fall — “Life in Pieces” and the Jane Lynch-starrer “Angel from Hell” — given the fact that CBS’ biggest comedy hits have been multicams. “When it comes down to its not about the form, it’s about the content,” she said. “The most important thing is, do you find the shows funny? Do you relate to the characters? All of which worked for us.”