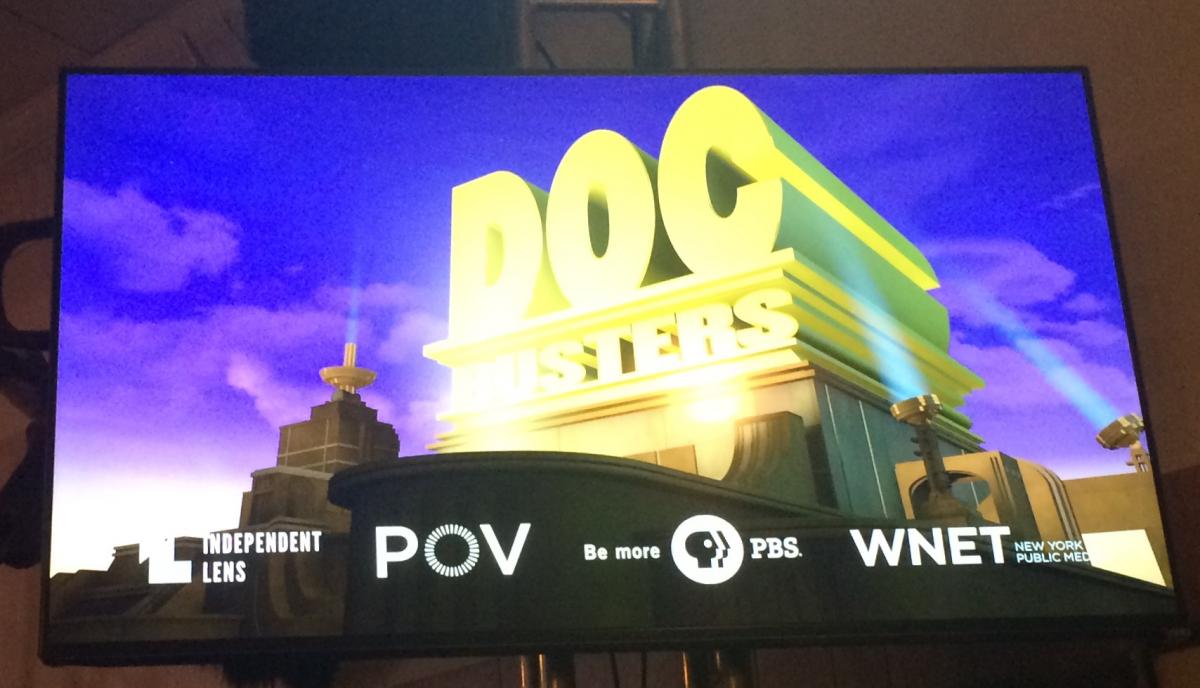 Whether PBS and WNET will feature the TV seriesIndependent Lens and POV in primetime on primary channels was brought up at the Sundance Film Festival Panel "DOCBUSTERS: Your Creative Vision and the Power of the PBS Audience," hosted byWNET and PBS on Saturday, January 24.

Although WNET VP Stephen Segaller kicked off the discussion with a reminder that this was not an official stop on the #PBSlisteningtour--and even had people remove flyers the Indie Caucus had placed on seats about the listening-tour issues--questions about it were front and center.

The PBS listening tour, originally planned after PBS' meetings with indies at the International Documentary Association conference Getting Real, became a far more closely-watched process as a result of filmmaker outrage last December. NewYork public TV station Thirteen announced just before Christmas that two weeks later it would bump Independent Lens and the series that follows it in spring, POV, from their primetime spot on its primary station, WNET. and move the primetime broadcast to its secondary channel. Running it on that secondary channel required PBS approval. Independent Lens and POV were only notified at the same time the affected filmmakers were, just before the holiday break and two weeks before airdate. Within days, 1,200 filmmakers and public TV supporters had signed a petition demanding retraction, and PBS and WNET agreed to postpone a decision on the fate of the series and to expand its listening tour over the next few months. A decision is likely to be released by the annual PBS meeting in May.

At Sundance, WNET, which is a sponsor of the festival this year, is heralding its role as a champion of indies. Its panel featured Segaller as moderator, Marie Nelson of PBS and filmmakers: Rachel Grady (Detropia), Stanley Nelson (The Black Panthers: Vangaurd of the Revolution), Aaron Woolf (King Corn), and Julie Goldman (3 1/2 Minutes).

They all agreed on a number of fronts:

Everyone also agreed that broadcast is the essential and still primary mode of distribution for documentary.

Then why drop indies from WNET primetime?

Given all this, filmmakers in the audience wanted to know if, given WNET's earlier attempt to drop the series from their primetime slot, PBS and WNET would make a statement of support for them now.

Stanley Nelson said he had an obligation to speak to the issue, despite Segaller's desire to steer the conversation away from the listening tour. "The decision to move Independent Lens and POV to channel 21 was devastating," he said. It's not that independent filmmakers don't understand what WNET was trying to do, "we just don't agree." For Nelson and many others, the secondary channel is a really tough sell. He went on to say that In New York City, PBS is WNET.

Gordon Quinn, founder and artistic director of Kartemquin Films (home of Hoop Dreams, Stevie, The Interrupters, Milking the Rhino and many others),  weighed in from the audience to emphasize that the scheduling question matters. Indie doc filmmakers bring in a lot of foundation funding to the table, he said, and funders really value broadcast. "You all keep talking about Independent Lens and POV and how important they are; you need to understand we are even more passionate than you about all those things, including PBS. That's why we are here, raising our voices; we value public TV because it serves the public and so you have to listen to us, and you are." Quinn is also a founding member of the Indie Caucus, a group of independent filmmakers committed to public television.

No commitment to Independent Lens and POV was forthcoming. But PBS Vice President Marie Nelson, in charge of news and public affairs for the service, welcomed the open conversation, saying that she hoped to strengthen the partnership between PBS, the stations and indies, with a fuller understanding of everyone's concerns and needs. Segaller made it a point to say that WNET never intended to take the programs off the air entirely and that the decision was motivated by an attempt to broaden the reach.

Filmmakers found it hard to credit that the decision had filmmakers' interests in mind. "You don't do something like that two weeks before airdate and not expect the filmmakers to freak out," Quinn said. On the panel, Rachel Grady agreed with Stanley Nelson that for New Yorkers, the home of one of the largest community of documentary filmmakers, PBS means Channel 13. It's what they grew up on.

The role of indies in shaping public TV continued as audience members tried to figure out the Rube Goldbergesque pathways of public TV production and acquisition. Amid discussion of the many points of entry, Quinn commented, "I want to remind everybody that ITVS and the minority consortia are a product of indie demands; they were born out of struggle. And they are a great way for new filmmakers to get into the system."

More audience members spoke up to say that despite the hard work of programmers at Independent Lens and POV, filmmakers still feel like they're fighting for crumbs. They want to be on PBS because it's a national town square. There are enough quality films on the market to fill several more hours a week and then some. At a time of growing interest in documentaries and serious competition for some filmmakers' work by commercial cable, filmmakers noted, why wouldn't PBS and the stations expand available timeslots? National Association of Latino Independent Producers director Alex Caballero wanted to know why there was no Latino director on the panel.

Segaller volleyed to Chris Hastings of the PBS WORLD Channel, also in the audience. Hastings emphasized that WORLD Channel is growing and actively working with the National Minority Consortia, but sees itself as an enhancement to the existing programs. "We still look to PBS as the primary channel for independent documentary," he said. WORLD channel's America Reframed is meant to complement the broadcasts of Independent Lens and POV.

Filmmaker Aaron Woolf wrapped up the conversation with a reminder that we should all push for better public funding for public TV. Meanwhile, the Indie Caucus is growing the ranks with outreach at Sundance including #PBSneedsindies swag, a media advisory on the ongoing debate, and a resolution for sympathetic viewers and filmmakers to sign, calling on PBS and WNET to honor the primetime slot for Independent Lens and POV.

Check this out at CMSI.