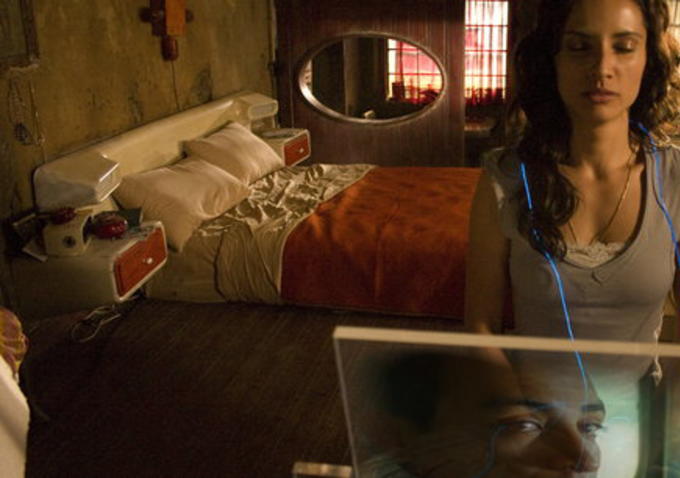 Every year, the Sundance Institute and Time Warner Foundation offer support to eight independent artists through grants and labs that help foster their respective creative productions. The program has expanded this year to include support for fellows working in new media, as well as continued support for documentary and narrative film, theatre and film music. Fellows attend an annual Lab and receive continued support from the Institute, including mentoring, strategic granting, attendance at the Sundance Film Festival and participation in screenplay readings, work-in-progress screenings and related programs and events.

Keri Putnam, Executive Director of Sundance Institute, said, "Time Warner Foundation's longstanding support for independent artists has nurtured a diverse and profound body of work. We are grateful to the Time Warner Foundation for their shared encouragement of championing unique voices."

The fellows are listed as follows, with biographies courtesy of the Sundance Institute:

Cecilia Aldarondo (Documentary Film Program) – Cecilia Aldarondo is a New York-based filmmaker of Puerto Rican origin. Her feature documentary "Memories of a Penitent Heart" is one of 10 projects selected for IFP's 2015 Documentary Completion Labs. The film has been supported by grants and fellowships The MacDowell Colony, The Sundance Institute, The Time Warner Foundation, and The National Association of Latino Independent Producers.

Christopher Chen (Theatre Program) – Christopher Chen is a San Francisco based playwright who has produced "The Hundred Flowers Project," "Mutt," "The Late Wedding" and "Caught and Aulis: An Act of Nihilism in One Long Act."

Nia DaCosta (Feature Film Program) – Nia DaCosta is a writer/director based in New York City. She has written and directed projects for stage, film and new media platforms including the playlet Kingdom Come at the Leicester Square Theatre in London, the game show Sagmeister v Walsh for Adobe (Behance), and the documentary "Shark Loves the Amazon."

Ciara Lacy (Native American and Indigenous Program) – Ciara Lacy is a documentary filmmaker with an interest in crafting films that use both strong characters and investigative journalism to challenge the creative and political status quo.

Christopher Makoto Yogi (Feature Film Program) – Christopher Makoto Yogi was born in Honolulu, Hawaii and raised on the ocean. With a background in creative writing and poetry, he crafts personal fiction and non-fiction tales inspired by the mystical details of his home. Yogi's most recent film, "Makoto: or Honesty" is a short documentary on the death of his father.

Alex Rivera (New Frontier) - Alex Rivera is a filmmaker who has been telling new, urgent, and visually adventurous Latino stories for more than 15 years. His first feature film, "Sleep Dealer," won multiple awards at the 2008 Sundance Film Festival and the Berlin International Film Festival and landed him on Variety’s "10 Directors to Watch" list.

You can find more information on the immense opportunities Sundance offers on its official site.