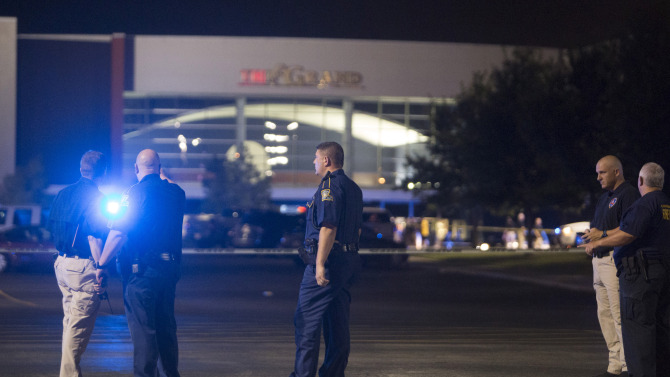 In the wake of two violent attacks on movie theaters, nearly half of ticket buyers say they are willing to pay more to improve security at multiplexes.

However, their appetite for shouldering the extra costs that come with installing metal detectors and armed security guards lessens as the price tag grows higher. While 48% are fine with paying $1 or more for the additional measures, only 23% said they would pay $2 or more, according to a new survey by consumer research firm C4.

The report comes after a gunman killed two patrons and himself during a a July 23 showing of “Trainwreck” in Lafayette, La. and follows an August 5 attack during a Nashville, Tenn. showing of “Mad Max: Fury Road” that left a hatchet and pellet gun-wielding assailant dead. These killings come nearly three years after a gunman in Aurora, Colo. murdered 12 people at a screening of “TheDark Knight Rises.”

C4 did a similar poll on theater safety following the “Trainwreck” shooting, but this is the first time it has checked in with moviegoers since the Nashville incident. To get its results, the company surveyed 500 moviegoers from August 6 to August 7. The study has a margin of error of 5% to 6%.

Following the latest attack, respondents have demonstrated a greater willingness to pay more for added security. Only 13% of respondents said they would pay $3 extra for more security after the first attack, but that climbed to 19% after the second violent incident in as many weeks.

The two attacks have sparked debate about the need for greater safety precautions in the country’s theaters, but there are other factors to weigh before metal detectors become commonplace. Experts tell Variety that bag checks, scanners and armed guards could cost hundreds of thousands of dollars and present logistical challenges. Last weekend, security concerns surrounding “Straight Outta Compton” prompted Universal Pictures to say that it would foot the bill for extra measures at theaters that felt they were at risk. The film centers on N.W.A, a band that helped popularize gansta rap.

Going forward, however, that cost will likely be shouldered by ticket buyers, Spergel notes.

Despite the spate of violence, moviegoers still plan to go to theaters. Nine percent of those surveyed said the attacks would have no impact on the number of movies they plan to see at the cinema.