Starz Announces ‘Vida’ Season 3 Will Be Its Last, Releases Goodbye Letter and Trailer 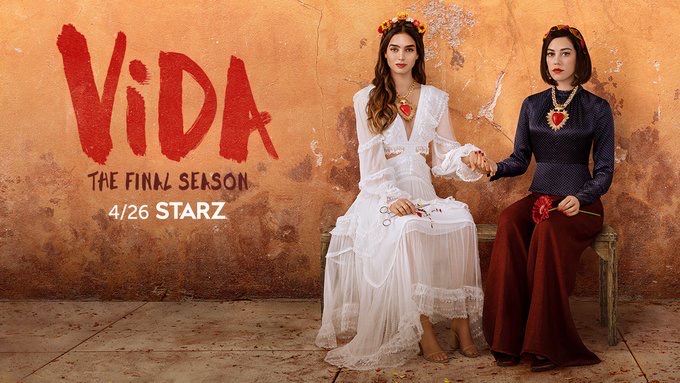 “Vida” is coming to an end with its upcoming third season, Starz announced Wednesday.

The cabler renewed the show for the third season in May 2019 and its April 26 premiere date was announced just last month, in February 2020. But now “final season” has been added as a descriptor.

“I have not been able to write this letter — every time I try my palms get sweaty, my heart does a cumbia beat and I get nauseous. It’s taken me days. Because no matter how you slice it, this is a farewell letter. So I’ll get that part out of the way: Season Three will be ‘Vida’s’ final season. Rather than dwell on the ‘hows’ and the ‘whys,’ what I’m burning to get to is the ‘thank-you’ part. That’s the part that’s making my chest ache.

“When I began this journey three and a half years ago, I never dreamed that by the end of the process I’d be so wholly changed — mind, body and spirit — and that I’d be standing so strongly in my abilities to run and create a TV show the way it should have always been created: By us. When I started this, the landscape was a bleak one for Latinx representation. In the television landscape, the narratives about us were few and far between and were stuck on stereotypical. And I had only heard of one Latina showrunner who’d been allowed to run a show solo. Also for brown queers, there was truly no representation.

Read the full story at Variety.