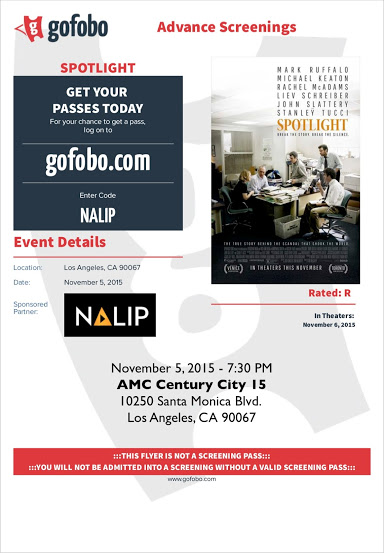 "SPOTLIGHT" tells the riveting true story of the Pulitzer Prize -winning Boston Globe investigation that would rock the city and cause a crisis in one of the world's oldest and most trusted institutions. When the newspaper's tenacious "Spotlight" team of reporters delves into allefations of abuse int he Catholic Church, their year long investigation uncover decades-long cover up at the highest level of Boston's religious, legal and government establishment, touching off a wave of revelations around the world.

Get Passes by going to GoFobo.com and using code NALIP