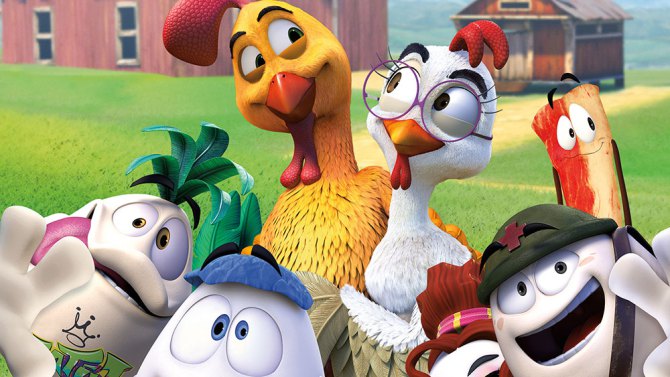 A Mexican animated film about a plucky rooster facing off against a cruel rancher was a stealth winner at an otherwise lackluster Labor Day Weekend box office.

“Un Gallo Con Muchos Huevos,” which translated into English means “a rooster with many eggs,” racked up an impressive $4.4 million over the four-day holiday across a mere 395 screens, a fraction of the number of locations reserved for major summer releases like “Straight Outta Compton” or “Mission:Impossible – Rogue Nation.”

Its success follows a pattern established by its U.S. distributor Pantelion Films, which has previously used Labor Day as a launching pad for hits like last year’s “Cantinflas,” a biopic about the Mexican comedian, and 2013’s “Instructions Not Included,” which remains the highest-grossing Spanish-language film in history. That hot streak is unique given that Labor Day is historically seen as a dumping ground for major studios, and this past holiday was the worst in a decade in terms of receipts.

“It’s a big family weekend for Hispanics and they tend to go to the movies as a family,” said Paul Presburger, Pantelion’s chief executive officer. “It’s known as a weekend where major studios don’t release many new pictures, so where they’re zigging, we’re zagging.”

In Mexico, “Un Gallo Con Muchos Huevos” has topped charts and racked up big numbers. It’s the third film in an animated trilogy, but the first one to score a theatrical release in this country. To drum up excitement for the film, Pantelion targeted Hispanic adults between 25 to 49 years old and kids 6 to 11 years old. The studio advertised heavily on drive-time radio ads on Mexican and Spanish contemporary music stations and had talent appearances at supermarkets in neighborhoods with major Latino populations.

The company is a joint venture between Lionsgate and Televisa, and it leaned extensively on Televisa’s Univision network to hawk “Un Gallo Con Muchos Huevos” and on other Spanish-language networks like Telemundo, deploying the film’s stars like Omar Chaparro and Bruno Bichir to appear on popular morning programs.

Next weekend, Pantelion will expand the number of theaters to approximately 580 screens. The hope is that with “Hotel Transylvania 2” not opening into late September, “Un Gallo Con Muchos Huevos” can be the de facto choice for Hispanic family audiences.

“We have a pretty clear runway,” said Presburger, who notes that combined with the Mexican grosses, the film is already profitable.

For Pantelion, it validates the bet its backers made that the studio could appeal to the burgeoning population of Latino moviegoers. Market research shows that Hispanics are more likely than any other ethnic group to purchase movie ticket, making them a valuable audience for films to attract.

“These movies come out and they take everybody by surprise,” he added. “But we’ve been seeding the market and developing the market for five years. We’re committed to making culturally relevant films for this audience.”

Now the big choice in front of Presburger and his team is what film to release next Labor Day.