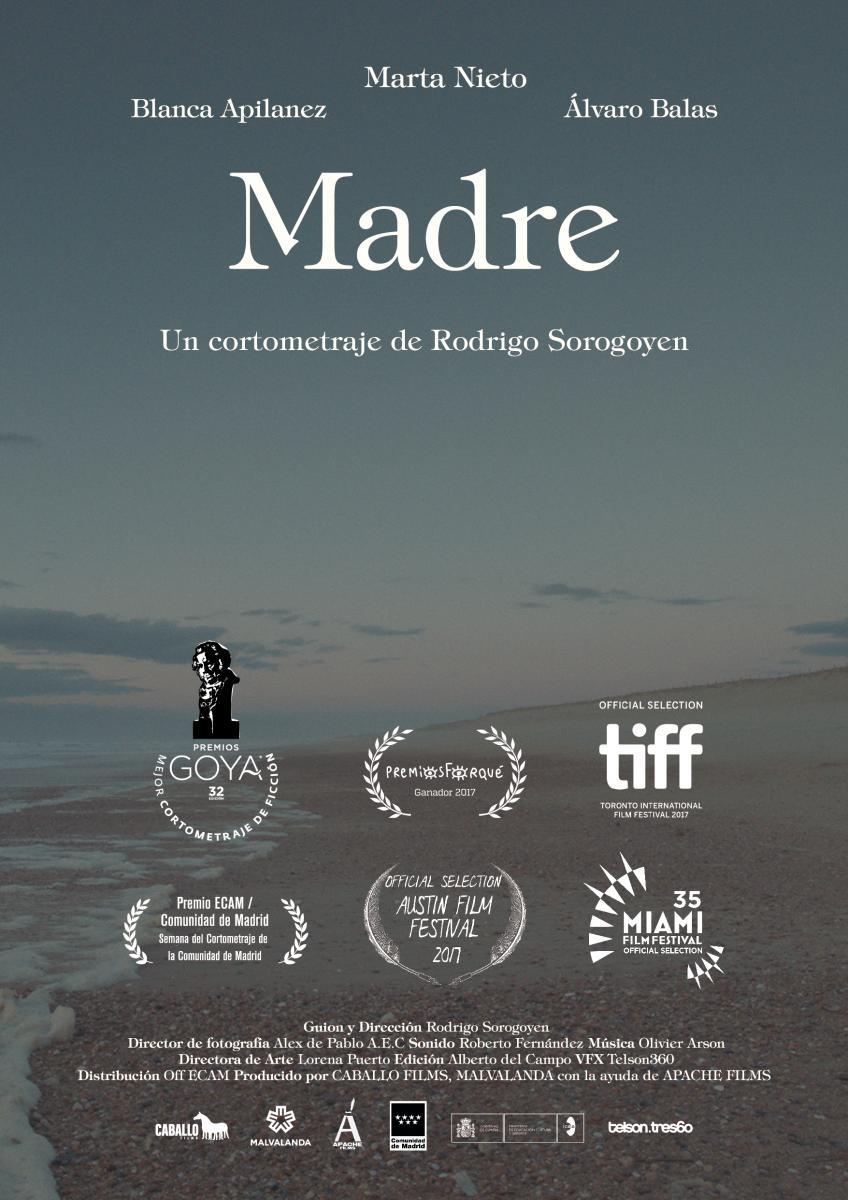 From director Rodrigo Soroyogen, 'Madre' (Mother) shares the story of a young boy who gets separated from his mother. Starring one of Spain's most popular actresses Marta Nieto, this intense tale has won outstanding awards at festivals around the world, including the Goya Award for Best Fiction Short Film.

Director Rodrigo Sorogoyen began working from a young age as a screenwriter for television. Along with three partners, he established Caballo Films and directed their first film 'Stockholm'. The film received excellent reviews and Rodrigo received a Goya nomination for Best New Director. His next film 'Que dios nos perdone' won the Jury Award for Best Script at the San Sebastian Film Festival and the Goya for Best Actor. Following the release of 'Madre', Soroyogen released his fourth film 'El Reino' which recently won seven Goya Awards.

'Madre' has been nominated for a 2019 Academy Award for Best Live Action Short Film.