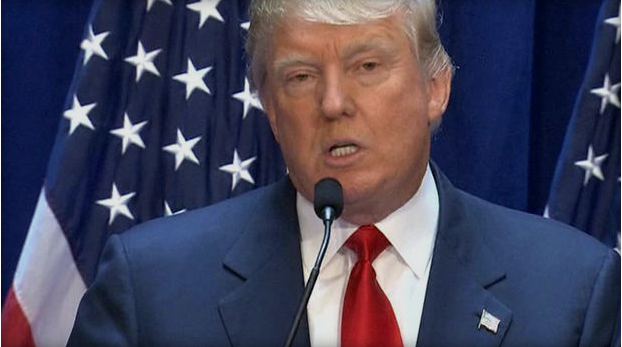 Saturday Night Live has always featured politics and politicians, and Donald Trump is no stranger to the program, both as a target and a host.

But when NBC announced the Republican candidate would return to host the show on Nov. 7, there was immediate backlash from Latino advocacy groups who say his inflammatory remarks about Mexican immigrants should disqualify him from appearing. This comes as a new poll out Tuesday shows 72 percent of Hispanics view Trump unfavorably.

But so far, SNL is not backing down, reports CBS News correspondent Jan Crawford.

"Racism and hate speech is not funny," said Axel Caballero, executive producer of National Association of Latino Independent Producers. Caballero is a member of a coalition of 40 Latino civil rights and policy organizations that sent a letter to NBC and Saturday Night Live, asking them to take back Trump's invitation.

"How is it possible that a man can go out and really disrespect and really put dangerous words out there and NBC is giving a platform for it?" said Caballero.

SNL has long been a destination for political candidates -- including the presidentand former Secretary of State Hillary Clinton - many of whom find themselves in scenes with the very actors who have been making fun of them on the show.

"I think SNL plays a unique role in the way that people perceive candidates," said Matthew Belloni of the Hollywood Reporter.

But unlike in these other guest appearances, Trump will be hosting the entire 90-minute show.

"It's exceedingly common right now for candidates to appear on the show, but hosting is an altogether different matter," said Belloni. "It's a big boost for a candidate to have that kind of platform," - one that has many of Trump's detractors upset, but Belloni said he doesn't see NBC reversing the decision.

Trump's SNL appearance could trigger the FCC's equal-time rules. The rules, which do not apply to news programs, give equal opportunities to opposing candidates. They will have a week after the SNL broadcast to request equal time with local NBC stations.

Check this out at CBSNews.com