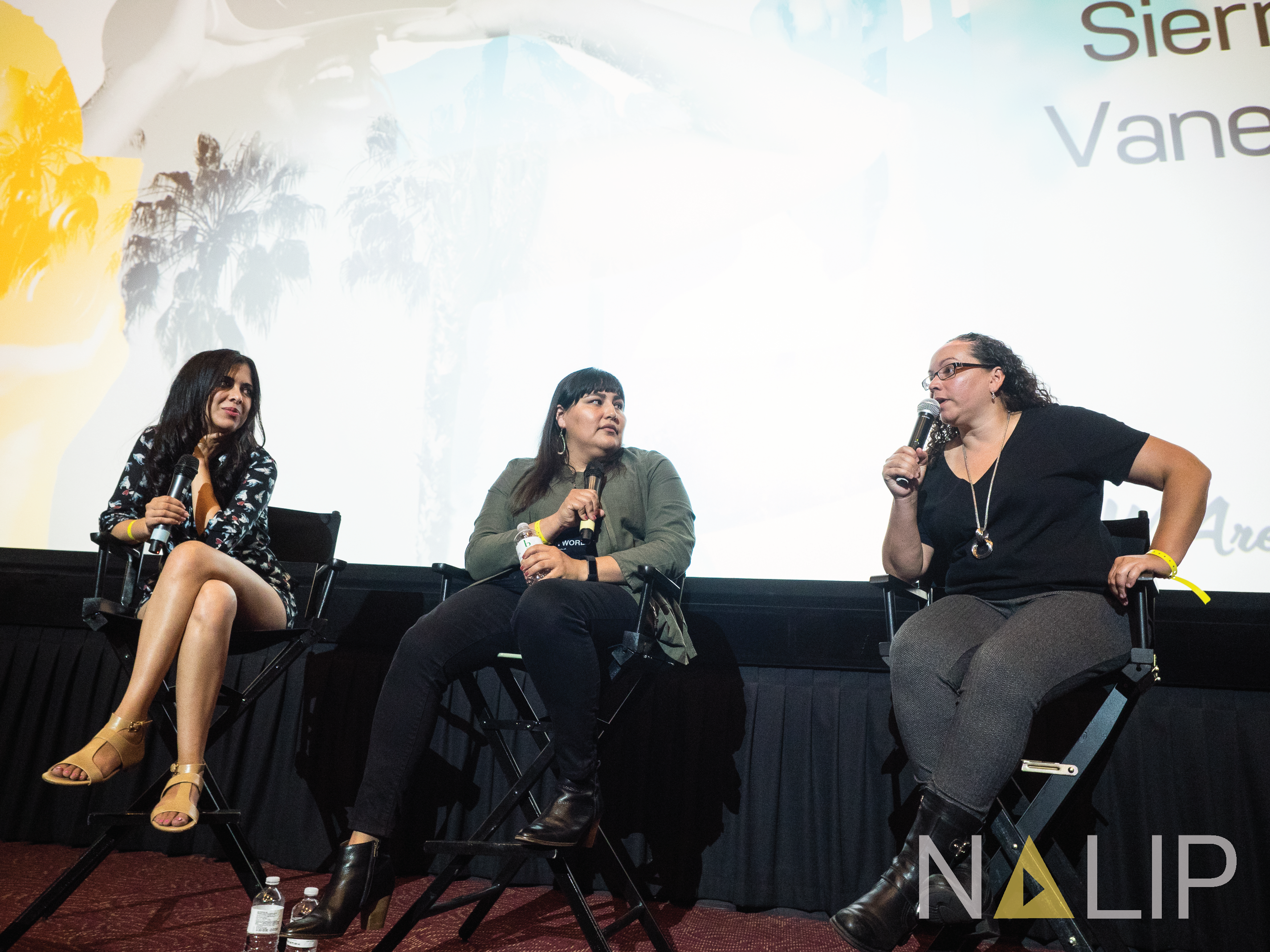 At this year’s Latino Media Fest which took place September 26th, NALIP, the National Association of Latino Independent Producers, is proud to have hosted Sierra Ornelas and Vanessa Ramos, who are two Latina writers from the hit show Superstore starring and directed by America Ferrera. NALIP’s mission is to discover, promote and inspire Latino content creators and serve the needs of diverse content creators including, producers, performers, writers, directors, and industry professionals. If you would like to know more about our membership opportunities visit: http://www.nalip.org/become_a_member

Following a sneak screening of a hilarious episode from the upcoming third season of Superstore, NALIP’s Latino Media Fest hosted a conversation with the two Latina writers on the show, Sierra Ornelas and Vanessa Ramos. Although both of them have extensive resumes working in television – Ramos on multiple Comedy Central Roasts and Bordertown and Sierra on shows like Happy Endings – this is the first show where they have had the opportunity to work alongside another woman of color, or any other person of color for that matter.

This points to the fact that more often than not, writers’ rooms at major networks only allocate one slot for a diversity hire, creating a counterproductive sense of competitiveness between talents of color. Rather than building a community, this practice isolates them by making it seem there can only be one person of color on the team at a time. Having someone else with a similar background and perspective can validate ideas and provides a louder voice in terms of the topics and stories being told, as both Ornelas and Ramos can attest.

Sierra on Working with Another Latina Writer for the First Time

We’ve known each other all three seasons, and this was the first experience I had ever had working with another Latina women in the room. I’ve been to brunches with Latina writers because we’re like, “We have to go to brunch, because we’ll never be in the same room together.

We did a story in season one that was based off of this weird job that I had doing promos for a Tequila company in San Antonio. It was in a hotel bar, and they were like, “It’s going to be mostly be white guys, so amp up the Latin-ness.” They wanted me to basically put in a little “Vergara” and it was so ridiculous. I told that story in the room, and we did an episode in season one called Shots and Salsa where America’s character is trying to get people to sample the salsa, and she has to ham it up a bit more, and then people are like, “Oh, what’s happening here?” As soon as she get’s more festive, people are interested.

Sierra on Why It’s Difficult to Be a Diversity Hire

There is a hierarchy, and you have to respect that hierarchy. Even if your boss is cool about it and says, “There is no hierarchy,” there is a hierarchy. They trust the people they know the most. They trust the people who look like them, which is why I think being a diverse writer in a room can be difficult. There were times as a staff writer where I would pitch a solution and I’ll get nothing, and some other guy would pitch a solution and it’ll be brilliant. I’d be like, “Fuck that guy,” but as I got older and was in the room longer that’s when my voice became more heard. It’s one of those things where you just have to get that sort of emotional currency going with your higher ups and once you have that you can spend that. That process is so hard to learn, especially when you are terrified.

The one thing that these diversity programs create is that there can only be one. It’s like you climb your way Hunger Games-style and then you get thrown in a room with another one and you are like, “There is only supposed to be me,” because you have been trying to so hard and fighting all these people who look like you. One thing I learned very on from Silvia Olivas, who was in the program with us and who had been on Moesha, is how she was so smart at being supportive, helping other writers, and not being competitive. I think as women especially, but also as writers of color, we are taught to compete. I think the more you can help people the better off we’ll be.

Sierra on Diversity Being a Good Business Model

Diversity is a good business model. Fast & Furious s the biggest franchise in the history of franchises, and there is a reason for that. People are going to want stories that come our perspective and from our experiences. Now I don’t go in being like, “Thank you so much having me.” No, it’s like, “You want me here because I will make you money and I will tell better stories.” I think having that confidence and trying to project that as, “This is just good business, this is not altruism.” I think that’s important.