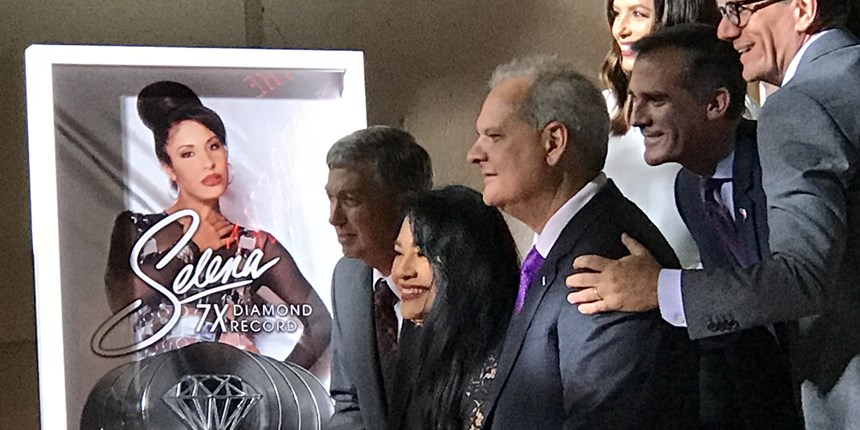 Selena, the Mexican American iconic megastar of Tejano music, now has a star on the Hollywood Walk of Fame. Selena has been gone for 20 plus years now. She was shot to death on March 31, 1995, in her hometown of Corpus Christi, Texas, but her music will live forever. She is still one of the most popular and influential Latina music icons the music industry has ever seen. When I think of Selena, I can instantly hear Selena’s voice in my head singing ‘Bidi, Bidi Bom Bom’. She will be missed, but never forgotten due to her getting a star on the Hollywood Walk of Fame.